The Offseason Plan: Third Base 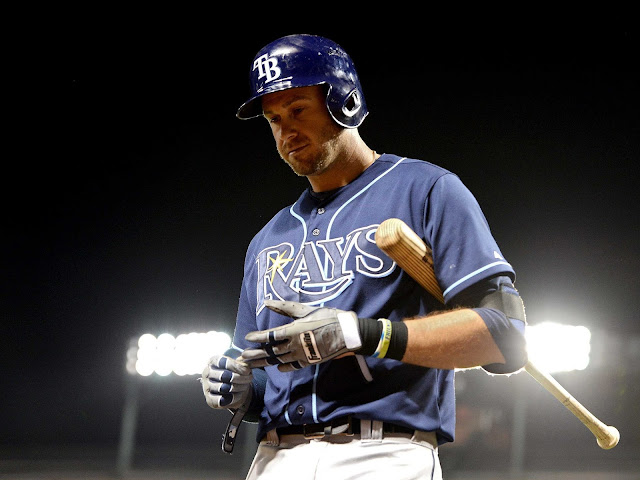 Our positional breakdowns of offseason plans for the White Sox continues with a position that is almost 100% certain to see some changes in 2015.

Ever since Joe Crede's balky back forced him to retire so he could get fat on the farm (I pretend the Minnesota season never happened), third base has been a bit of a black hole for the White Sox.

Gordon Beckham, Josh Fields, Omar Vizquel, Mark Teahen, Brent Morel, Brent Lillibridge, Orlando Hudson, Conor Gillaspie, Jeff Keppinger, and now Tyler Saladino and Mike Olt. None have been memorable. The only one that could have been considered good was Kevin Youkilis, and he was only here for a few months.

The White Sox haven't had a serviceable third baseman since 2008, which is also the last time they made the playoffs. That's probably somewhat of a coincidence, but not an entire one.

Saladino played more games at third base than any other White Sox last season, and he only played 53 games there. That should tell you all you need to know about the spot. Saladino isn't a bad player. In all reality, he's a useful player.

He has a good glove, and can play a multitude of positions on the infield. He just doesn't have the bat to be your every day third baseman. Not unless you have a middle infield duo of Alex Rodriguez and Ryne Sandberg, anyway.

I'm hoping Saladino is back in 2016. I'm just hoping it's as a utility infielder off the bench. The new Emilio Bonifacio, but competent.

Mike Olt was exactly the kind of move a bad team makes late in the season when it knows it's bad. A failed prospect that continues to have problems meeting his potential. As we saw for ourselves a few times last season, Mike Olt can hit the shit out of the ball when he runs into one -- of the five "longest" home runs hit by the White Sox last season, Olt had two of them -- it's just he doesn't run into them often enough.

If the White Sox want to let Mike Olt crush baseballs down in Charlotte, that's fine, but if he's on the Opening Day roster next season, somebody is either hurt, or something has gone wrong.

David Freese: The free agent market at third base isn't exactly exciting, which is reflected by the fact that Freese may be the most enticing option out there. Freese is remembered by many thanks to some wonderful postseason glory with the Cardinals, but in reality he's just an average player.

Of course, an average every day player at third base would be a huge upgrade over anything the White Sox have had in recent years.

My concern is that you're going to have to overpay for this average player considering the limited market.

Juan Uribe: The nostalgic option. The fun option. Not necessarily the best baseball option. I love Uribe. You love Uribe. Everybody loves Uribe. But Uribe is a player that will be 37 in March. Not ideal, even if the beat reporters would be thrilled.

Mark Reynolds: He can provide some cheap power, while also spending time at first base if you get rid of LaRoche and need somebody to give Abreu a day off from time to time. The problem is he won't be very good while doing it. He's basically the player you've had 30 of already.

Nolan Arenado: It's possible you could trade for Nolan Arenado this winter. He's not going to come cheap, though. Colorado is going through a rebuild, but Arenado is the kind of player you might want to build around while doing it. So if you're going to trade for him, you're basically going to have to give up your entire damn farm system to get him.

And, honestly, the White Sox farm system is improved, but I'm not sure it has enough for Nolan.

Todd Frazier: Frazier really cooled off in the second half last season, but even so, you probably know what to expect from him. I don't know if he has another 35 homer season in him, but over the last four seasons he's averaged 26 dingers while hitting .258/.322/.465. He'll be 30 in February, and he's under control until 2018. Cincinnati is probably going to overhaul a bit this winter as well, and may want cheaper options under control for longer. So this trade is a lot more likely for the White Sox than Arenado would be.

Evan Longoria: The Rays got a steal with Longoria's contract when he first came up, but they may be reaching the point where they're willing to move it. He just turned 30, and has at least seven years and $105.5 million left to go. With a buyout, you're going to pay him at least $110 million.

Maybe Tampa's ready to move on? Maybe if you're willing to take on the entire deal, he won't cost you too much? Can't hurt to make a phone call.

Trevor Plouffe: I don't know how willing the Twins would be to trade Plouffe within the division, but with Miguel Sano ready to take over the world, I'm guessing Plouffe can be had this winter. He'd be an upgrade, but while he has some power, he doesn't get on base often enough for my tastes.

Starlin Castro/Javy Baez: Odds are the Cubs are going to move one of them this winter. Either would likely be an upgrade. I'm guessing Castro would come cheaper, even with that contract.

Luis Valbuena: Valbuena never has a great batting average, and he strikes out a bit, but he also walks a lot, has power, and plays passable defense. You'd most likely have to platoon him, but I could live with Valbuena against righties while Saladino (or Olt) face lefties. The Astros are a bit ahead of schedule, and would love some cost-controlled pitching. This is a trade the White Sox could pull off easily if they want to.

After going over the options, it's clear that the best route to take this winter if you want to upgrade at third would be through trade. The only free agent I have a passing interest in is Freese.

Ideally I'd love to see the White Sox get Evan Longoria, but I just don't see it happening. Odds are you have to give up Tim Anderson to get him, and I just don't think the White Sox want to do that. I think the more realistic option is the Valbuena route. He's not a superstar, but unlike a guy like Todd Frazier -- or even Castro and Baez -- he's not going to cost you much of anything, either.

A significant upgrade at a reasonable price. Sounds like White Sox business to me.