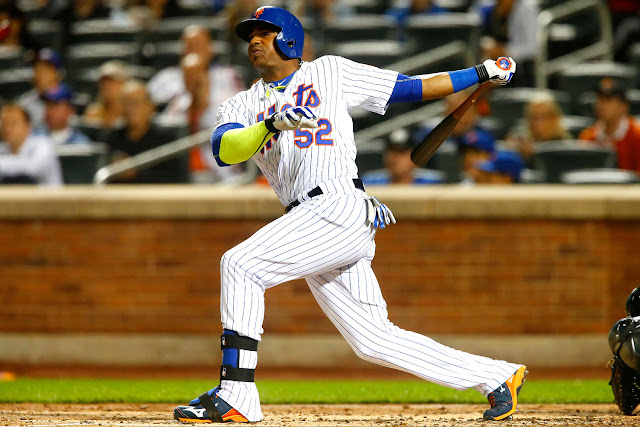 I don't think the White Sox are going to make a major splash this winter, at least not through free agency. I feel this way because my entire life as a White Sox fan has told me this will be the case.

Sure, Albert Belle happened, and so did Jose Abreu, but those moments are few and far between.

All that being said, I thought I'd share this little tidbit from Jon Heyman's latest column, if for no reason than to give you something to think about. To fill your cold, dark heart with warmth for a little while.


The White Sox were one of many, many teams to view what was said to be a very impressive presentation by Cespedes' baseball agent Brodie Van Wagenen. There was said to be a musical component to it, but no, Jay-Z, the other agent, didn't do any rapping.

THE WHITE SOX ARE SIGNING CESPEDES!

Okay, no they aren't. The most important part of that excerpt is that the White Sox were one of "many, many teams" to watch the presentation. And of course they'd check it out. They wouldn't be doing their job if they weren't, and even if the Sox have no intention of signing Cespedes, it does send out a signal to anybody else that's watching the presentation with them.

"Hey, we wouldn't mind an outfield upgrade. Call us."

Oh, and this is where I also share this part of Heyman's piece.


The Rockies are said to have made [Carlos] Gonzalez available again. "He'll be thrilled," a friend says.

Let that idea float around in your head a bit. I think it's a lot more likely the Sox would trade for Gonzalez than sign Cespedes, or Jason Heyward and Justin Upton.
Albert Belle Carlos Gonzalez Jason Heyward Jose Abreu Justin Upton Yoenis Cespedes