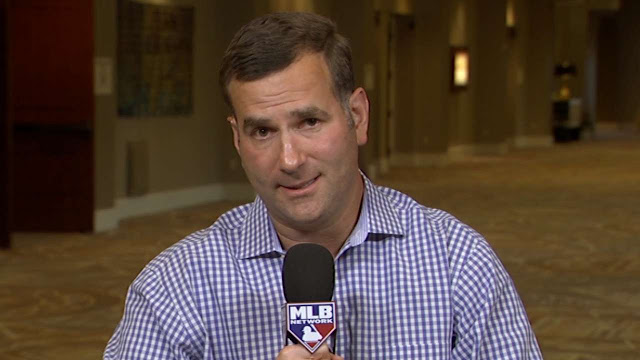 Ever since Rick Hahn became general manager and Kenny Williams was bumped up to Commander in Chief or whatever, there have been plenty of questions about who is really in charge of the White Sox roster. It's an annoying question, and one you can tell Rick Hahn is tired of dealing with himself.

The popular narrative is that Kenny Williams is still the person actually calling the shots, and that Hahn is still his underling, which, in title, is true. Supreme Baseball Commander is always a higher title in the front office than general manager, and Rick Hahn has a boss like anybody with the White Sox that isn't named Jerry Reinsdorf.

But I think if we take an actual look at the White Sox roster right now, it becomes a bit more evident that while Hahn may need Kenny's approval to make a move, Hahn's the one making the roster decisions.

Kenny Williams' last year as general manager was the 2012 season. After that he was promoted to King of White Sox Business. Now, if you go back in time and look at the 2012 White Sox roster, the last one Williams put together, and compare it to the one currently constructed (which could still change between now and Opening Day), you'll notice something.

Assuming Alexei Ramirez doesn't return, the only players to play for that 2012 season that remain on the White Sox roster are Chris Sale, Jose Quintana, Nate Jones and John Danks. Danks was signed to a long-term deal by Williams, and thanks to a shoulder injury, that contract's become a bit of an albatross, and immovable. As for the other three pitchers, all three have now found themselves the beneficiaries of team-friendly contract extensions under Rick Hahn. The kind of contracts that give the players financial security while minimizing the risk for the White Sox.

You'll notice all of them are pitchers.

If the White Sox take the field on Opening Day next season with their current roster, when Avisail Garcia runs to right field that afternoon, he'll be the longest-tenured White Sox position player, having been acquired at the trading deadline in 2013. It was one of Rick Hahn's first major moves as a general manager, when he traded Jake Peavy.

Of course, due to an injury that cost Avisail most of the 2014 season, the position player with the most games played in a White Sox uniform that day will be Jose Abreu, who has played in 299 games with the Sox. That's 23 more games than Adam Eaton, who was traded for about six weeks after the White Sox signed Jose Abreu.

In other words, there has been a lot of roster turnover the last few years. Some of the moves have worked better than others, obviously, but they've all been made, and they've been made by Rick Hahn. During his time, Hahn has overseen a complete overhaul of the White Sox roster Kenny Williams left him.

And no matter who we want to blame for the mistakes, or give credit for the victories, there's one thing that's clearer to me than ever before.