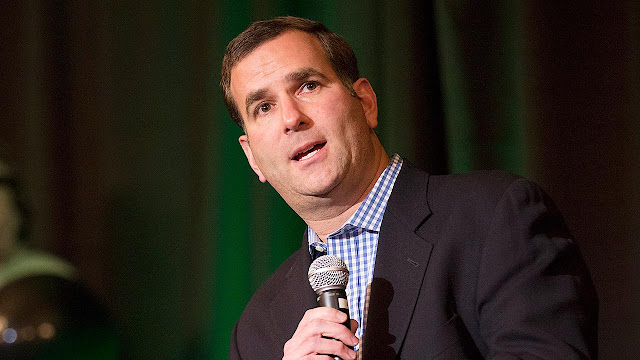 I did not expect this offseason to be exciting. That's not to say I didn't think the White Sox would do anything, I just didn't expect them to be players for any of the major free agents. That may still be the case.

I definitely thought things would be predictable. They'd possibly make a minor trade to address an issue in the rotation, or in the infield, and make a mid-tier free agent signing or two. This, also, may still be the case.

But what I wasn't expecting were the curveballs.

There have been two already. First the White Sox declined the option on Alexei Ramirez, which surprised me. Given the free agent market at short, and with Tim Anderson supposedly waiting in the wings, I thought another year of Alexei was the obvious option. Even when they declined it, I still thought the odds were strong that the Sox would just re-sign him to a team-friendlier deal.

Well, it's been a month since they made that move, and Alexei is still a free agent, and there haven't been any rumors about a new deal, so now I'm starting to think he really is gone.

And then Wednesday came with the latest surprise.

I didn't think the White Sox would non-tender anybody, let alone Tyler Flowers. The catcher spot has not been a good offensive position for the White Sox with Flowers, but he's made up for it with his game-calling, and pitch-framing. When the team signed Avila, I figured it was a reasonable move.

If Avila finds his old self again, awesome. The Sox have a productive catcher for cheap, and still have Flowers around to be Chris Sale's personal caddy at the very least.

But then they non-tendered him, and on Thursday morning reports surfaced that they've signed Dioner Navarro to a one-year deal.

So in the span of the last month we've said goodbye to Alexei Ramirez, Tyler Flowers, and Gordon Beckham. Three dudes who, while not always great -- okay, only Alexei was remotely close -- have at least been constants for a long time.

And what the last few days have taught me is that I have no idea what the White Sox are going to do this winter.

I know that they plan on platooning Alex Avila and Navarro, as Avila hits righties much better than lefties, and Navarro its lefties better than righties. I also know that it's risky because both barely played last season due to injuries, and both could be hurt again this year.

Both signed one-year deals, though, which makes me think even more. Obviously, the team doesn't consider them long-term options. If they work out, great. If not, oh well, everybody sucks at catcher for the most part. The free agent pool at catcher is much more interesting next winter, as it could include Matt Wieters, Jonathan Lucroy and Salvador Perez.

So maybe that's the plan next winter? Hell, maybe Wieters was the plan this winter. I can't help but wonder if the Sox planned to cut ties with Flowers all along, but their plans were somewhat derailed when Wieters accepted Baltimore's qualifying offer. Once that happened, the team decided to spend about $5 million (we don't know Navarro's salary, but I can't imagine it being more than the $2.5 million Avila got) on two catchers rather than $6 million on Flowers and Avila.

What's next for this winter?

I still don't think they'll make a big signing, but again, this team has made two major moves (four technically, but Avila and Navarro are directly related to Flowers, so I consider it one) and I didn't expect either one.