Here's What You Need To Know About The Brett Lawrie Trade 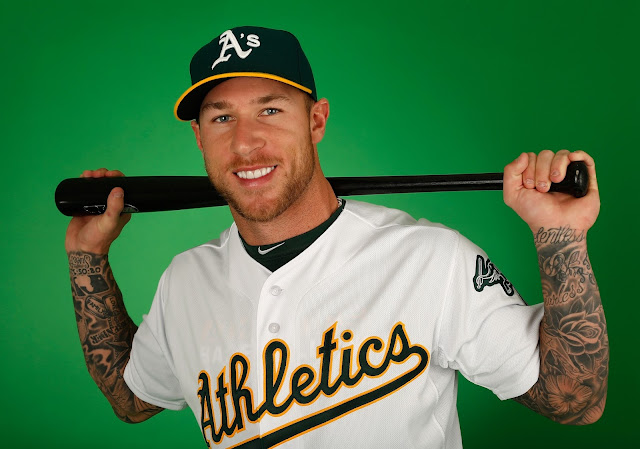 So, what do you need to know about this trade? I'll tell you.

WHAT ARE WE GETTING IN BRETT LAWRIE?

You're getting a player that's better than any other option you currently have at third base. Lawrie has not lived up to the initial hype after being a first round pick by the Milwaukee Brewers in the 2008 draft. He was traded to Toronto before the 2011 season and had a lot more hype because he's Canadian, and there's nothing Toronto sports fans love more than Canadians on their teams.

WELL THEN WHY THE HELL DID WE WANT THIS GUY?

Listen, Lawrie isn't a great player. He's not the kind of player that takes your team to the next level, but like I said earlier, he's better than anybody you have.

Even with a poor offensive showing last season, Lawrie was worth 1.9 bWAR in 2015, which is an average, every day player. You know how many position players the White Sox had last year that were worth more than that?

Now, compare Lawrie to the guys he's replacing in Tyler Saladino, Conor Gillaspie and Gordon Beckham. He's an upgrade. Saladino was worth 1.3 bWAR last year, but nearly all of it was for his defense. Lawrie's defensive metrics are odd, as they didn't like him in 2015, but they liked him before that, and based on the eye test, he seems pretty solid to me.

I mean, if you do shit like this, how bad can your glove be?

But even if he doesn't have the same glove that Saladino has, he has a much more potent bat, and the Sox could really use that.

So even if he isn't going to be a superstar, he's a reliable baseball player, and good teams need as many of those as they can get.

ANYTHING TO WORRY ABOUT?

Well, Lawrie's strikeout rate rose, and his walk rate dropped last season. That's never a good thing, but he's also only going to be 26 in January, so there's room to grow.

The biggest cause for concern with Lawrie is his health. He played 149 games last season, and that was easily his career high in games played. Lawrie's a bit like Adam Eaton was, in that he plays 100 mph all the time, and sometimes to his own detriment.

WHAT ABOUT THE TWO GUYS WE GAVE UP?

That was the biggest surprise to me when the deal was announced. I figured the White Sox would be giving up somebody at least of the Tyler Danish quality, but instead they gave up two prospects that probably don't even crack the top 15 in the system. Hell, Wendelken might not even be in the top 20.

As for their history, Erwin was the Sox' fourth round pick in the 2015 draft, and Wendelken came as part of the Jake Peavy trade that brought Avisail Garcia. Of the two, Erwin is the most likely to ever mean anything in the big leagues, but he's not projected to ever be a front of the rotation guy.

But the Athletics are always in need of young, cost-controlled pitching (have you seen the free agent market this winter?), and with a glut of infielders currently on the roster, Billy Beane didn't have a ton of leverage to work with. So Rick Hahn was able to upgrade his infield without really giving up anything of too much importance.

SO DOES THIS MEAN I CAN GIVE UP ON MY DREAM OF TRADING FOR TODD FRAZIER?

Actually, it doesn't. Lawrie has spent most of his career at third base, it's true, but he also plays second base. He's played 80 games at second in his career, and he's solid enough defensively that he would be able to play there full time.

Plus his bat might be even more valuable there, as second base isn't exactly a position where you find a lot of top hitters.

Also, considering the two prospects the Sox gave up for Lawrie, they still have all their top prospects available to them if they want to move them. So it's possible the Sox could get Frazier from Cincinnati without giving up Tim Anderson, who is reportedly the player the Reds have asked for in initial discussions.

COOL. SO IS THERE ANYTHING ELSE I SHOULD KNOW?

Well, here's a fun fact courtesy of Chris Kamka: As I mentioned earlier, Lawrie was originally a draft pick of the Brewers in 2008. Well, now that he's a White Sox, Lawrie -- if he plays third, and he probably will at some point no matter what -- will become the third player drafted in the first round of the 2008 draft to play third base for the White Sox. The first two were Gordon Beckham and Conor Gillaspie.

Oh, and something that may interest those of you who are into Captains of Attitude, while Jeff Samardzija is gone, Brett Lawrie will replace him as "Player The Royals Hate."

Oh, and he seems fond of emojis.