The Boston Globe's Nick Cafardo Might Be On Drugs 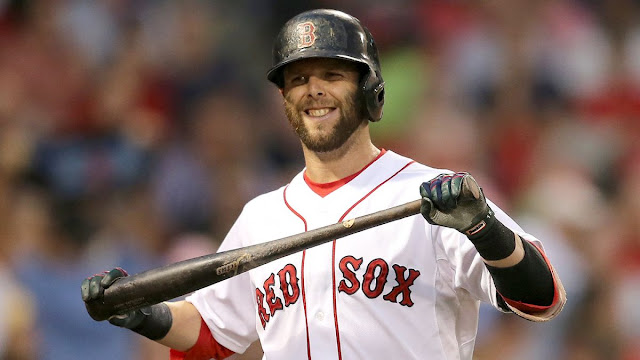 Remember when you were a kid and you'd come up with preposterous trade scenarios with your friends? The kind of trades that would never happen because they were ludicrous, but you and your friends thought they were brilliant.

Well, The Boston Globe's Nick Cafardo totally did that as a child, and he's still doing it now as an adult.

Cafardo wrote a column in the paper coming up with possible trade scenarios for the Boston Red Sox. A baseball team he not only covers, but one whose logo no doubt adorns his bed sheets, pillowcase, onesie pajamas, and the walls of his bedroom painted to mimic The Green Monster.

In this column, Cafardo had two possible trade scenarios with the White Sox. Brilliant moves the Red Sox could make to pry both Jose Quintana and Chris Sale away from the White Sox, and add them to a rotation already featuring David Price.

These were those trades.

Yes, Nick, anything is possible. The Red Sox could possibly risk trading their 32-year old second baseman. One who has seen the best days of his career pass by, and has $84 million and six seasons remaining on his contract. Even for a return as minimal as Jose Quintana. Sure, Quintana is one of the 10 best starting pitchers in the American League, who happens to be signed on a very team-friendly contract through at least 2018, but is that enough for Dustin Pedroia?

And after they make that trade, the White Sox should send Chris Sale, one of the five best pitchers in all of baseball, to Boston too. In return they'll receive the generous bounty of Blake Swihart, Joe Kelly, Henry Owens and Rafael Devers. Now, admittedly, Swihart could be pretty good, Kelly has potential, and Devers is a 19-year old prospect.

But for Chris Sale?

I think mom may have let you stay up a bit too late, Nick.
Chris Sale Dustin Pedroia Jose Quintana