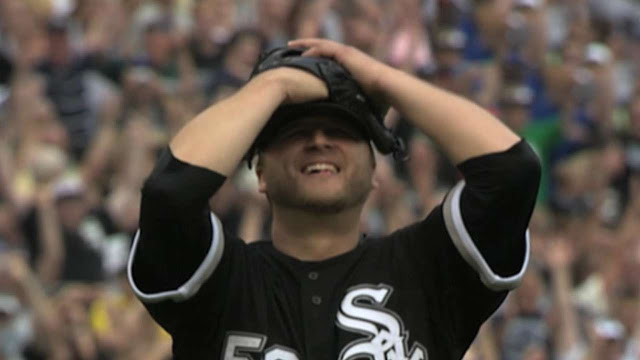 Having already ranked the greatest White Sox position players of my lifetime the other day, it would only make sense that I'd rank the pitchers too, and that's exactly what I'm going to do here.

Now, while the top 10 hitters didn't really bring many surprises, you may raise an eyebrow or two reading through this list. That's because I base these rankings on a player's career WAR with the White Sox, and that means longevity can help certain pitchers out that you probably wouldn't consider to be great.

Then, when you're done there, come back here and read this list.

It's rather impressive that Jose Quintana already cracks the top 10 here despite only being with the Sox for four seasons, but that's just how good Quintana has been. Called underrated so damn often that he can't actually be underrated (if everyone thinks your underrated then the truth is you're rated just about right), this spot shows just how good he's been.

When you think of Jose Quintana, you don't think of a dominant pitcher. He doesn't have any one pitch that causes you to make involuntary noises, but what he has are a lot of good pitches, and excellent command. He's also incredibly consistent, as you generally know what you're going to get from start to start and season to season.

Unfortunately what Jose usually gets are 1-0 losses, or if he's really lucky, a no decision.

I don't have the greatest memories of Dotson as I was still very young while he was pitching, but I do remember having Richard Dotson baseball cards! I also know that while Lamarr Hoyt might have been the pitcher you've heard Hawk mention most often from that 1983 team -- or Britt Burns -- Richard Dotson was actually the best pitcher on the White Sox that season.

He went 22-7 with a 3.23 ERA that season over 240.2 innings, finishing fourth in the AL Cy Young race. Lamarr Hoyt finished first.

The problem for Dotson was, as great as he was that season, he got crushed in his ALCS start. He allowed six runs in five innings, and the Sox would go on to lose the game 11-1 and fall behind Baltimore 2-1 in the series. The Sox would then lose Game 4 3-0 in 10 innings even though Britt Burns threw nine shutout innings, and the season would end.

Dotson would put up another strong season in 1984, but then things would fall apart a bit after that.

Oh, Gavin, you big, goofy looking bastard. You were one of those pitchers that gave fans the feeling should have been better than you actually were, yet were never as bad as some thought. In fact, from 2008 to 2010, you were really good.

It's just that 2008 season made people think you could be a top of the rotation starter, which you never were. 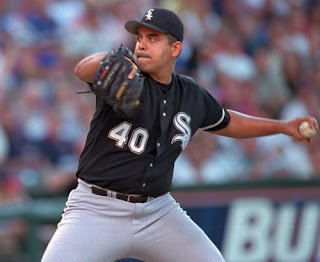 I was never truly fair to Wilson Alvarez as a White Sox, even though he was pretty damn good. You see, we got off on the wrong foot.

Alvarez came to Chicago with Sammy Sosa (who?) and Scott Fletcher in the Harold Baines trade in 1989. This was before Frank Thomas came along. As I wrote in the other post, Harold Baines was my favorite player because he was my dad's favorite player. The Baines trade was one of those first moments where I realized that just because I loved a player, that didn't mean the team would keep him forever.

Things were made worse by the fact that Alvarez really wasn't all that good his first few seasons with the Sox, compiling an ERA of 4.60, a FIP of 5.18, and he walked 5.4 hitters per nine innings. Thankfully, things turned around after that.

Until he was shipped to San Francisco in the infamous White Flag Trade of 1997 that caused me to be very mad at the White Sox for a few years. Yes, I realize the irony of not liking Alvarez at first because the Sox traded Baines for him, and then being even more upset at the Sox when they traded Alvarez.

Jon Garland will always hold a special place in my heart simply because he was on the 2005 team. It also doesn't hurt that the 2005 season was the best of Garland's career. 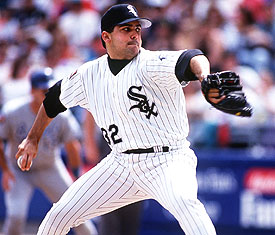 I loved Alex Fernandez, even more than Jack McDowell on those White Sox rotations of the nineties. He was amazing in 1993 when the White Sox won the division before losing to Toronto in the ALCS -- FUCK YOU, DAVE STEWART, BANE OF MY CHILDHOOD EXISTENCE -- and oddly enough, received AL MVP votes without picking up a single Cy Young vote. Some dude named Frank Thomas would win the MVP instead.

Anyway, as for Fernandez, as good as he was in 1993, he was probably even better in 1996. He pitched 258 innings with an ERA+ of 138 (the best of his career, as in 1993 it was 135), while also putting up his best K/BB ratio of his career. Unfortunately this all came in a contract year for Alex, and after the season ended, he signed a five-year $35 million deal with the Marlins.

Yeah, this is one of those surprises I was talking about in the intro. I wasn't shocked that Danks made this list, but I was surprised to see him this high, but I think recency bias played a role in that.

The last few years Danks has become a punching bag for White Sox fans, and deservedly so, because he hasn't been very good, and he's made a lot of money in that time. But it's important to remember why Danks has the contract he has, and why the Sox chose him over Mark Buehrle at one point.

It's because for a while, John Danks was really good. Of the 21.7 WAR he's compiled thus far, 16.9 came in the three seasons from 2008 to 2010. He was awesome those seasons, and signed that extension with the White Sox.

Then came the shoulder injury, and that changed everything.

In the five seasons since he's been worth 3.7 WAR, which sucks for all involved, because things should have gone a lot better than they have, but the fact he's ranked this high is a testament to how good he was for an all-too-brief period of time.

The last White Sox pitcher to win the Cy Young, as he won it in 1993 despite the fact that, in 1993, according to bWAR, he was the third-most valuable White Sox starter behind both Alex Fernandez and Wilson Alvarez. But, hey, WAR isn't everything, it's just the one thing I'm basing these rankings on!

And McDowell was better for a longer period of time than both of those guys. While he won the Cy Young in 1993, he finished second in voting for the award in 1992, and ninth in 1991.

The fact is that from 1991 to 1994, Blackjack was amazing, and probably the best overall starting pitcher the White Sox have had other than what we're seeing from Chris Sale these days. Sadly, after the 1994 season, he'd be traded to the Yankees for Lyle Mouton. Hawk told me Lyle was gonna hit like 30 homers a year for the White Sox. Instead Lyle would hit 17 homers over three seasons before moving on. 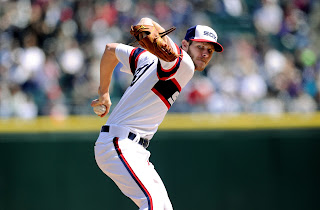 This is how good Chris Sale is. He has now been a starting pitcher for four seasons, and he's already second on this list. According to his bWAR, the 2015 season was Sale's worst as a White Sox, and he finished the season with a 2.73 FIP, 11.8 K/9, a 6.52 K/BB ratio, and led the league in strikeouts with 274.

I mean, look at those numbers again. They're fucking ridiculous.

As is Chris Sale.

That being said, he still has a ways to go to catch the guy on top of this list in WAR.

Yeah, so this isn't exactly a shock. Is Mark Buehrle a better pitcher than Chris Sale? No, but he was a really good pitcher for a very long time, and that's worth a lot. Buehrle spent 12 seasons with the White Sox, and in his 11 seasons as a starter, he never pitched less than 201 innings in any of them.

You knew what you were going to get from Mark every time he went out. Strikes, a lot of them, balls put in play, at least six innings, and you'd be out of the park less than three hours after you walked into it.

And once in a while he'd throw a perfect game or a no-hitter, and maybe go for a ride on the tarp during a rain delay. Then, when the day was over, he'd climb into his giant monster truck and drive home.