Just How Improved Is The White Sox Infield? 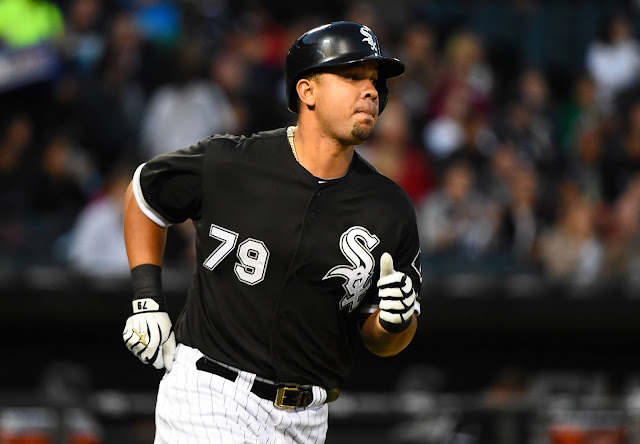 One of the side effects of a baseball offseason is short-term memory loss. The winter is so long you might forget about some of the things your team has already done, particularly when you're a fan of a team that was as bad as the White Sox, with so many damned holes to fill.

I was reminded of this on Wednesday morning. I was perusing Buster Olney's column at ESPN, and for the last week or whatever, Olney's been ranking the top 10 teams in different areas. The best starting rotations, the best bullpens, you know, that kind of deal.

On Wednesday he ranked the best infields in baseball, and as I was scanning the list there was one large surprise.

At No. 9 there they were, the Chicago White Sox.

Now, as one of the many White Sox fans suffering from PTSD due to the last few seasons, my initial reaction to this was a loud guffaw. How the fuck could a team that trotted out Tyler Saladino and Carlos Sanchez for so many games last season possibly have one of the 10 best infields in baseball.

And then I remembered...

I've been so damn focused on the outfield and what the White Sox will do next, that the Brett Lawrie and Todd Frazier trades briefly escaped my mind. When you focus so intently on the Sox improving their outfield situation, it's easy to gloss over how improved the infield already has been, and the Olney column is one hell of a reminder.

Appearance wise, with two moves, the White Sox went from having an abysmal infield to one of the best in baseball. But how much better is it? That's something I wanted to try to quantify a little.

Of course, I'm also lazy, so instead of doing some deep analysis, I just looked at some of the old reliable counting stats. I took the numbers of the 2015 infield (Jose Abreu, Carlos Sanchez, Alexei Ramirez, Tyler Saladino and Conor Gillaspie) and averaged the totals over the amount of games played.

I then did the same thing for the 2016 infield (Abreu, Lawrie, Saladino and Frazier) based on their 2016 Steamer projections. Not surprisingly, the numbers are quite a bit better for 2016!

As you can see, there are significant improvements, but to greater showcase that, I took those averages and extrapolated them out over 162 games. In other words, this is what the average of the White Sox Infielder would be if he played 162 games at those rates. Obviously nobody is playing that many games, but that's not really important.

Just look at the numbers.

Yes, there are more strikeouts, but there's more of everything else too (save triples). What's truly noticeable is the increase in power. The average of 15.1 homers for Sox infielders last year nearly doubles to 28.2 in 2016 due to the additions of Frazier and Lawrie, as well as Steamer's belief that Abreu's tally will increase to 34 in 2016.

It gives us a nice idea of the kind of improved production we can expect to see from the infield spots, and that's assuming Tyler Saladino is your starting shortstop. Should Alexei Ramirez make his way back, things will improve even more.

So while we wait to see what happens in the outfield, it's nice to know that the infield seems set at least.
Alexei Ramirez Brett Lawrie Carlos Sanchez Conor Gillaspie Jose Abreu Todd Frazier Tyler Saladino