Thoughts On Where Things Stand 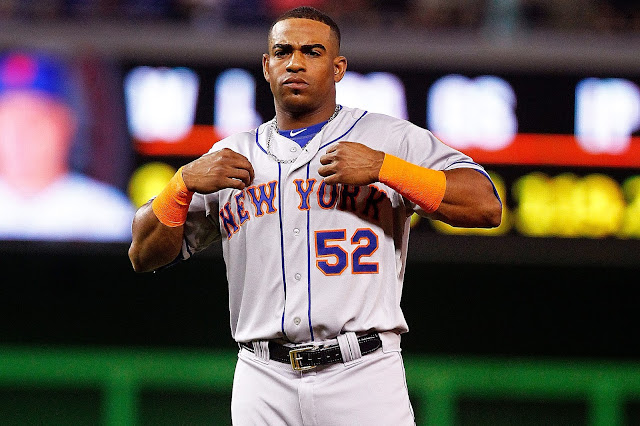 Hello, it's been a while. Between the holidays and my work schedule, I just haven't had much of a chance to write anything here over the last few weeks. Of course, had anything interesting been happening with the White Sox during those weeks, I probably could have made time.

But things have been rather dead for a while now.

I'm starting to get the feeling they'll remain that way too. That's not to say the White Sox aren't going to add another outfielder to the fold, as I still believe they are. It's just that I don't think that outfielder is going to be Yoenis Cespedes or Justin Upton. Nor do I believe it'll be Carlos Gonzalez in a trade.

Like so many of you, I had high hopes when the White Sox were originally linked to names like Cespedes and Alex Gordon in late December (well, not as excited about Alex Gordon), but even then, it was with a certain amount of caution.

I always felt that if the White Sox were going to sign one of the top free agent outfielders, Alex Gordon was the most likely target. He gets on base, plays good defense, and hits left-handed. Also, with all of those "the White Sox don't want to go more than three years on any free agent" reports, you had to think Gordon was the only one who would even consider such a deal.

Then Gordon resigned with Kansas City for four years and $72 million, proving that maybe he could have been had on a three-year deal.

Now that he's off the market, my feelings haven't much changed. As I've written, I think Upton would be a very good signing, and he's definitely worth giving up a draft pick for. It's just, signing Upton just seems like the move the White Sox don't make. So even if I think it makes all the sense in the world, my parts of four decades as a White Sox fan have told me it's just not going to happen. Sooner or later somebody is going to give Upton a nice deal, just like the Tigers are going to end up signing Cespedes.

These things all seem inevitable.

And because of this, I think the White Sox are going to end up with a second-tier outfielder. Which, in reality, wouldn't be the worst thing in the world, but would still piss off some Sox fans because somebody on Twitter "reported" some bullshit about the White Sox being close on a 6-year, $126 million deal with Cespedes to raise their naive hopes.

While a guy like Dexter Fowler certainly wouldn't be the same thing as Upton, he'd still be a large upgrade over Avisail Garcia. It could also end up giving the Sox a bit more flexibility to find another starting pitcher.

That's the one thing I feel like this entire winter has us overlooking. The offense was horrible last year, and it clearly needed to be upgraded if the White Sox wanted to even pretend they were capable of competing in 2016. So far they've done that with Todd Frazier and Brett Lawrie.

But we can't forget about the pitching.

Heading into 2016 I'm not all that comfortable with the idea of Erik Johnson just being handed a starting role, which seems to be the situation right now. Jeff Samardzija was dog shit last season, but he still managed to pitch 214 innings, more than any other pitcher on the roster. Yes, Chris Sale is awesome, and Jose Quintana is great too, but after that, we really don't know much.

We hope Carlos Rodon continues on the path he was on last season, improving as the year went on, but nothing is certain. He's still going to be a 23-year old with only 139 innings of experience when the season starts. After that it's John Danks and Johnson.

If Rodon spends half the season still learning, Sale and Quintana alone aren't going to be enough. So I'd like the Sox to find some competition for those fourth and fifth spots in the rotation. Obviously the top-line starters are gone, but there are still some serviceable starting pitchers out there. I'd take an Ian Kennedy (though his flyball rate could lead to a Samardzija like performance), or a one-year prove it kind of deal on somebody like Mat Latos or Tim Lincecum. Shit, I'd even give somebody like Bronson Arroyo a shot if he comes cheap enough.

By all accounts, he took significant steps forward in Charlotte last year after a bad 2014 season. That's good! But he's still a guy who has a career ERA of 4.17 and a FIP of 5.32 while walking a few too many hitters, and giving up homers a bit too frequently in 86.1 Major League innings. Teams that are truly considering themselves contenders don't go into a season handing that guy a starting job.

He needs to earn it in spring training, and in order to do that, he needs somebody to compete with.

So when the Sox don't end up with Cespedes or Upton, yeah, it'll be disappointing. But if they miss out on those guys and still land a Fowler and a Latos type, they'll have had another successful winter. Hopefully one they can turn into a successful season.
Alex Gordon Avisail Garcia Brett Lawrie Carlos Gonzalez Carlos Rodon Chris Sale Dexter Fowler Erik Johnson John Danks Jose Quintana Justin Upton Todd Frazier Yoenis Cespedes