An Alternative To Yoenis Cespedes 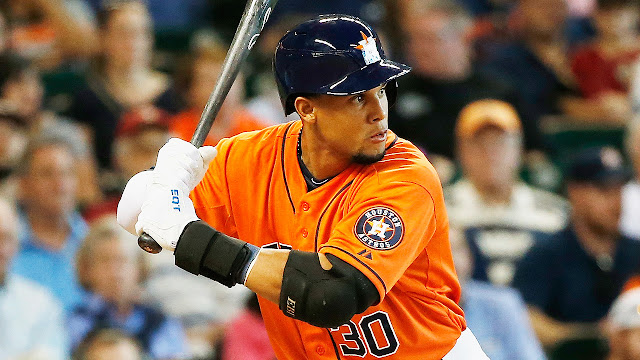 On Monday night the Detroit Tigers took everybody by surprise, not because they went and handed out a big contract to a top free agent. The Tigers have made a habit of doing that. No, the surprise was that Detroit signed Justin Upton when they'd typically been more "connected" to Yoenis Cespedes this winter.

Which leaves the Cespedes as the last free agent outfielder standing, and as you'd expect, some White Sox fans are starting to hit the panic button. It's not just that the Sox missed out on Alex Gordon and Juston Upton, but that they signed with Kansas City and Detroit respectively, two division rivals.

And then there's Jason Heyward, who signed with the Cubs, which probably makes a portion of the fan base even angrier than Upton and Gordon did.

Unfortunately, they're not going to get him.

Listen, I would like him too, but I'm not living in the fantasy world where I think the White Sox are going to sign him. I have felt that way all along, and it was only reaffirmed last week. You can convince yourself that the White Sox can get Cespedes on a short-term deal, but that's not going to happen.

Everybody thought Gordon's market was shit, he got four years.

Everybody thought Upton's market was shit, he got six years and nearly $133 million.

Now, the day after Upton signs, it's no longer just the White Sox and Mets connected to him. There are the Angels, Astros, Nationals, and even the Phillies that have been mentioned as possibilities, or teams that are showing interest. Cespedes may not get Upton money, but he's going to get close, and that basically eliminates the White Sox from the equation.

But there are other options, and I'm not just talking about Dexter Fowler or even Carlos Gonzalez.

Carlos Gomez is a name you haven't heard much of this winter, but one I think the White Sox could possibly pry away from Houston in a trade. After all, the Astros are reportedly interested in Cespedes, and they already have George Springer and Colby Rasmus, as well as a young prospect type in Preston Tucker. If the Astros were to sign Cespedes, you'd have to think Gomez is the odd man out, because the Astros acquired him last summer in a trade, and he has one year left on his deal before he's a free agent next winter.

So if the Astros are already willing to move on from him, why not see what it would take to get him?

Signing Gomez would allow the White Sox to move Adam Eaton to right field, which is something it really seems like they want to do, as they may believe it's better for Eaton's long-term value. Plus, Gomez, even with his injuries last year, was a better centerfielder than Eaton was last season. So by putting Gomez in center, and moving Eaton to right, not only have you improved your offense, but you've improved your defense too.

And if you're worried about the way Melky Cabrera hit lefties last season (.240/.267/.333), adding Gomez would allow you to have a left field platoon between him and Avisail Garcia. My feelings on Avisail aren't exactly a secret, but for as bad as I think he is, he's still a career .284/.341/.424 against lefties.

As for the price to pry Gomez from the Astros, I really don't think it would cost that much. If the Astros sign Cespedes, it drops even further. Either way, Houston gave up four players for both Gomez and Mike Fiers last season. Of the four players, only Brett Phillips and Josh Hader were ranked among Houston's top 10 prospects by Baseball America last season. Phillips was sixth, Hader was tenth.

With only one season left on Gomez's contract, and no other player coming in return, it would not cost the White Sox either Tim Anderson or Carson Fulmer for him. Instead it might cost you a Tyler Danish and a Jacob May. Or maybe a Spencer Adams gets the deal done straight up. Whatever the case, as long as you're holding on to Anderson and Fulmer, the price is definitely worth what you would likely be getting in return.

A player that would make all three of your outfield spots stronger, both offensively and defensively, and at a fraction of the cost of Yoenis Cespedes.

That would leave the White Sox with money to go after a possible starter, and not just a one-year tire kicking on somebody like Mat Latos. I'm talking about a Yovani Gallardo.