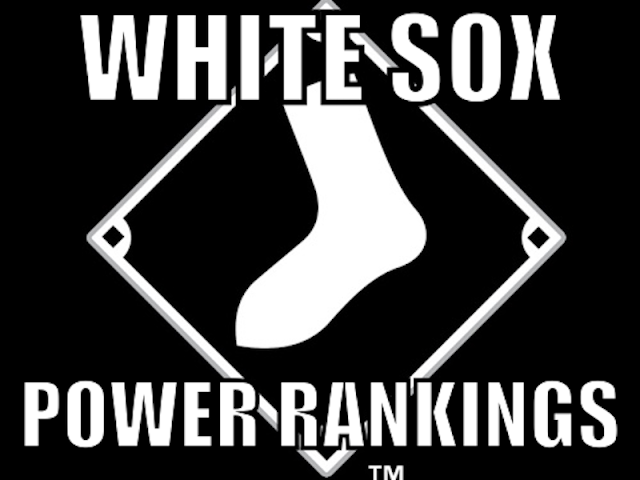 And even though there is no scientific basis to them, the world just can't get enough power rankings.

That's why I'm going to be doing White Sox Power Rankings all through the year. Once the season actually starts I'll likely do it once a week, but I'm going to do a couple before the season starts too.

What I'm going to do is pick 10 people associated with the White Sox, and then rank them however the hell I want to. It's highly scientific.

10. Adam Eaton: The latest example of why you should never tweet outside your depth. Eaton tweeted some dumb things during the Oscars on Sunday night while Chris Rock delivered a scathing -- and fucking hilarious -- monologue about race. I don't think there was any malice in anything Eaton said, but the opinions he shared were overly simplistic, and more than a bit naive. He realized this quickly based on the reactions.

Eaton then apologized on Monday, and the apology was enough to get him into the top 10. We all make mistakes, it's how we own them that determines how we'll be viewed going forward. Eaton handled the situation well, and I think he learned quite a bit in the process.

I feel bad for him.

Think about it. There is no member of the White Sox starting rotation that Sox fans want to boo more than John Danks, and he gets to start the home opener. It's the one game of the season when we know The Cell will be absolutely packed, and it's the most anticipated game of the year for Sox fans. So just imagine Danks giving up five runs in five innings and being mercilessly booed.

8. Avisail Garcia: It's good to be Avisail Garcia right now because, even after everything that Rick Hahn has done over the offseason to improve this team, Avi still has his starting job. Alex Gordon, Justin Upton, Yoenis Cespedes and Dexter Fowler all ended up elsewhere, even though the Sox were connected to just about all of them at some point.

Now his main threat in free agency is Austin Jackson, who isn't exactly a sure thing. Sure, it's possible that Hahn could pull off a trade in the coming weeks, but as things stand right now, Avisail is your right fielder. That may not be good for the White Sox, and it's definitely not good for my health, but it's good for Avisail.

7. Jimmy Rollins: Jimmy is one of the better people in this sport, and it's nice that we'll all get a much closer look at the kind of dude he is this spring, even if it's at the wrong point of his career. Still, the reason I have Rolling ranked seventh is because when he signed with the White Sox, he let it be known to the world that the reason he did so was because he knew he had a really good chance at earning a starting job.

This is a 37-year old shortstop coming off a terrible year, and he just walks in basically saying the in-house options of Tyler Saladino and Carlos Sanchez suck.

Of course, once Rollins does win the starting job, my biggest fear will be that the plan is to have him hold the job until Tim Anderson comes up later this season, and I really don't want the Sox to rush Anderson to Chicago. But they're the White Sox, so they probably will.

6. Carson Fulmer: Fulmer has no shot in hell of making the team out of spring training, but when the Sox released their pitching assignments for the first week or so of camp, Fulmer's name was rather prominent. They want to see him, and we all want to see him too. If he handles himself well enough he might convince the bosses that he's capable of coming up and working out of the bullpen at some point this year.

Though, like Tim Anderson, I hope that's not the case. I want a full year of Fulmer starting in the minors before he's here.

5. Dioner Navarro: I'm only ranking Dioner this high because he's round, cuddly, and because of this photo. 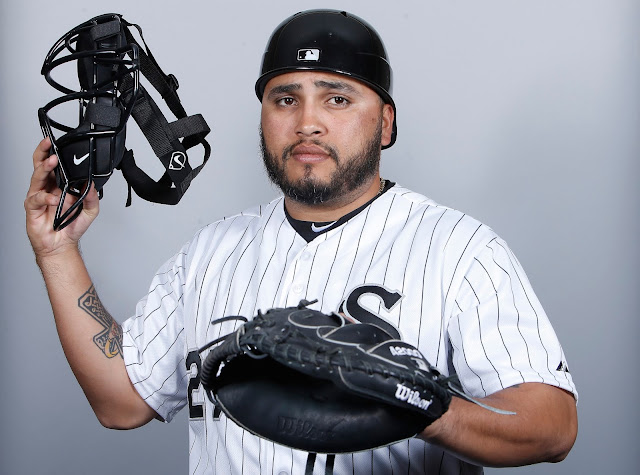 4. Todd Frazier: It's good to be Todd Frazier right now. In most other springs he'd be looked at as a savior for the team. After all, he's an All-Star third baseman brought in with the team's biggest trade of the offseason. He's a major upgrade at a position the Sox have been terrible at for a while, and he hits a lot of dingers.

Typically he'd be the biggest story of the spring because his addition would be expected to reignite the White Sox offense that was so horrible last season.

That's not the case, though. Instead we're all so obsessed with the fact that the White Sox haven't upgraded the outfield spot yet that the only things being written about Frazier so far is that "he's a really nice guy from New Jersey."

3. Alex Avila: Alex Avila didn't waste time becoming one of the local media favorites. Whether he was doing an interview with Chuck Garfien where he said he wanted to beat his father's ass (his dad is Detroit general manager Al Avila) or when he told a group of assembled reporters that you can't be a leader if you're a "dickhead."

I guarantee you that the first time this team suffers a losing streak of some note, he'll be the first locker the beat reporters swarm every game. Just in hopes that he'll say "we fucking suck."

2. Jose Abreu: Jose Abreu is ranked second because he's Jose Abreu, and he's still easily the most important hitter on this damn team. I don't know if the White Sox are going to contend in 2016, but what I do know is that if Jose Abreu has a bad season, they won't. The offense has been improved on paper, sure, but if Abreu isn't being Jose Abreu, none of those improvements will matter.

1. Chris Sale: Pretty much everything I said about Jose Abreu applies for Chris Sale as well, with the obvious caveat of changing hitting to pitching.

Furthermore, Chris Sale may end up being one of the greatest pitchers this damn sport has ever seen when his career comes to an end, and we all have the pleasure of watching him in his prime. Or what we think is his prime.