So Which Outfielder Can The White Sox Trade For? 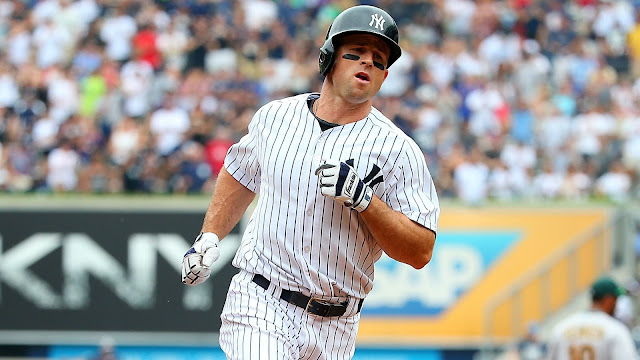 On Friday afternoon there was some interesting news from Bruce Levine following Dexter Fowler shocking the world and re-signing with the Cubs on Thursday.

According to Levine, the White Sox not only offered Fowler a contract, but they offered him a contract worth more money than he ultimately accepted from the Cubs. The key difference was that the Cubs put an option in Fowler's contract, which means he can be a free agent again next winter. The White Sox didn't because, and I'm sure this will be a shocking accusation, Jerry Reinsdorf probably does not like giving players opt-outs.

Anyway, what I take away from this is, if it's true, the Sox were willing to commit at least $17 million to Fowler for the next two years. Which means they have some money left to spend if the price is right.

Now, the problem is, there are no free agent targets available that are worth that kind of money, but there could be in a trade.

Which leads to the next little tidbit from Levine's story. Levine says the Sox will "continue their pursuit of a left-handed bat and outfielder this spring." The only logical choices that fit those criteria would come via trade, but who are they?

Let's try to figure it out!

Levine mentions Carlos Gonzalez in his story, but I don't know if I buy that at this point. A few months ago, maybe, but not anymore. Considering how the Sox seemed determine to hold on to their draft picks this winter, I don't think they'll want to part with either Tim Anderson or Carson Fulmer in a trade for Gonzalez, and I'm pretty sure you're going to have to give up one of them, unless you're willing to take on the entirety of Gonzalez's salary. And even if the Sox have money to spend, I'm not sure they have that much.

Josh Reddick has been somebody I've been interested in for the White Sox all winter, but all the news out of Oakland has been that the Athletics are more interested in signing him to an extension than they are moving him. That being said, it's possible after picking up Chris Coghlan from the Cubs, they could be open to listening. Reddick has really cut down on his strikeouts the last few years, is an excellent defensive player in right field, and costs only $6.575 million in 2016. It's just, like Gonzalez, he's not going to come cheap. The Athletics will want something of value in return. It won't be the Lawrie trade again.

This could actually make some sense. A knock against Brett Gardner is that he's 31, and he's owed at least $39.5 million over the next three years (there's an option for a fourth for $12.5 million with a $2 million buyout), and I don't know if the White Sox want to commit that long, even if the contract isn't totally unreasonable. Also, while Gardner isn't a great defensive player, he's not horrible by any means, but he has little experience in right field. The pluses are that he gets on base (career OBP of .346), which the Sox sorely need, and the price tag may not be that high. The Yankees got Aaron Hicks during the offseason, and could roll with Hicks/Ellsbury and Beltran in the outfield. Of course, it's only a matter of time before Beltran is hurt. So maybe you include Avisail in the deal?

The Rays have a lot of outfielders, and while I'm guessing Desmond Jennings is the guy they prefer to move, he's a righty. Kevin Kiermaier is a lefty. I don't know if he'll ever develop into anything as a hitter, but he's an excellent centerfielder. He's also under team control through 2021. So if the Sox wanted a Gold Glove caliber centerfielder that would allow them to move Adam Eaton to a corner, this could be one route.

Okay, I'm only including Josh Hamilton to make you shit in your pants a little. Though, if we're being honest, this is totally the kind of thing the White Sox would do.

Hey, so his knees weren't good enough for the Angels, but maybe Michael Saunders can pass a White Sox physical! I'm not a big fan of this idea because, even with the potential Saunders has shown, he just can't stay on the field. Still, when healthy he provides some nice power, and above average defense. Could work in a platoon with Avi.

It feels like Nick Markakis has been around forever, and he has, but he's still "only" 32. While that's scary, he had an excellent season last year, and while he's never been the power bat that Hawk Harrelson told you he'd be, Markakis still gets on base with regularity. My biggest concern is that he's owed $33 million over the next three years, but on the flip side, considering where Atlanta is as a franchise right now, I don't think he'd cost too much.

Kyle Schwarber for Avisail Garcia! Who says no?

This is totally plausible, but there's a reason I don't think it will happen, and not just because I don't want Jay Bruce. The White Sox got Todd Frazier from the Reds in a trade earlier this offseason, but the Dodgers had to get involved because Cincinnati didn't like what the White Sox had to offer for him. Well, if they didn't like those players then, will they like them now? Sure, Bruce isn't as expensive, but still. Plus, as I said, I just don't want Bruce. He seems like the mistake we've made far too many times already.

The Mets have an outfield logjam, but trading for Juan Lagares would be like trading for Kevin Kiermaier. He's an excellent defender, but he's not going to give you a whole lot at the plate.

This isn't a horrible idea if the Giants are willing to move him. Gregor Blanco isn't going to hit .291 again in 2016, but he's consistently gotten on base throughout his career. Plus, he's only going to make $3.9 million in 2016, and then he's a free agent. So there's no long-term commitment to a 32-year old outfielder.
Andre Ethier Avisail Garcia Brett Gardner Carlos Gonzalez Dexter Fowler Gregor Blanco Jay Bruce Josh Reddick Kevin Kiermaier Nick Markakis