What You Need To Know About The Jimmy Rollins Signing 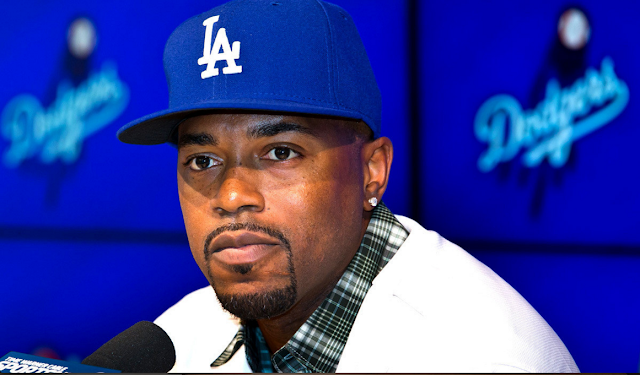 Last week I wrote about the beginning of White Sox spring training, and what aspects of it I was actually interested in following, and would pay attention to. One of the things I mentioned was signing somebody, but the main focus of my post was the battle for the shortstop position.

Well, that battle got a bit more interesting on Monday morning.

#WhiteSox have agreed to terms with infielder Jimmy Rollins on a minor-league deal w/ an invite to camp.
— Dan Hayes (@CSNHayes) February 22, 2016


Okay, so what do we make of this? Let's break it all down.

Well, because as things were, the only two candidates for the shortstop position were Tyler Saladino and Carlos Sanchez. Sure, I believe we all need to give Sanchez more credit, and that he can beat out Saladino for the job, but it's not because Sanchez is amazing. It's because Saladino is Tyler Saladino.

So bringing in Jimmy Rollins, on a minor-league deal, give the team another option, and without much risk.

And that's the key part of this whole thing. It's a minor-league deal with an invitation to camp. Rollins is not on the 40-man roster, and is promised nothing. It's just, again, when you consider the current options, taking a flyer on Rollins is worth it because you have absolutely nothing to lose.

Besides the difference in salaries and what not? Well, it seems pretty clear to me at this point that those reports from Scott Merkin all winter saying "the White Sox don't want to give up any of their draft picks" weren't really negotiating tactics as much as they were just the truth.

I don't think the White Sox want to give up any of their draft picks by signing a free agent that would cost them one. Whether it's Ian Desmond or Dexter Fowler. Spring training has already begun, these guys are all still available, and they could be had at bargain rates. Yet, even though both players play positions the Sox need to upgrade, the Sox don't really appear interested in either.

The only logical reason for this is they don't want to sacrifice the picks. Which is why the next signing the Sox make -- if there even is one -- is a lot more likely to be Austin Jackson than Fowler.

OKAY, BUT ROLLINS IS OLD, CAN HE BE ANY GOOD?

I don't know. I grew up in the midst of the steroid era when players declined in their 30s, but it was a gradual decline. That's not really the case any more, as players fall off the face of the Earth a lot quicker once they reach the wrong side of 30. There are exceptions, however, and those exceptions tend to be the baseball players that are actual athletes.

Better offensive numbers than Saladino had, sure, but not exactly the kind of performance that will "fix" anything.

The question is whether or not Rollins can bounce back from that to be more of a serviceable player, and that's what the White Sox would like to find an answer to. That's why they signed him.

Personally, I don't think he will. Rollins is 37 now, and not only is he at an age where it's hard to believe he's going to improve, we also have to remember that he's transitioning to the American League for the first time in his career as well.

There are a lot of things working against him here.

SO THIS IS PROBABLY GOING TO BE ONE OF THOSE MOVES WE THINK ABOUT A LOT NOW BECAUSE IT'S FEBRUARY, BUT BY JUNE WE'LL BARELY REMEMBER IT EVEN HAPPENING?