So About That Offensive Upgrade At Catcher 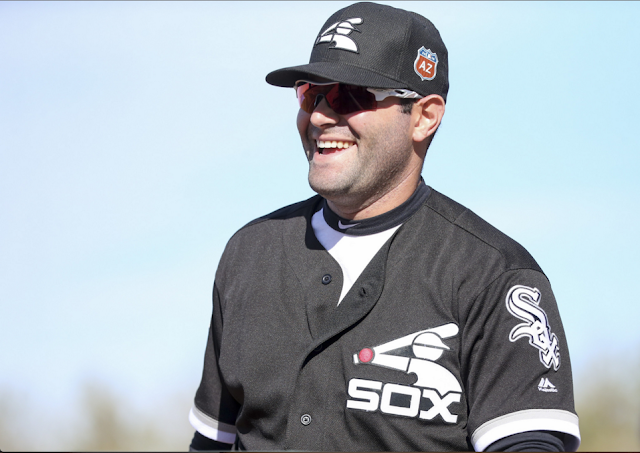 When the White Sox parted ways with both Tyler Flowers and Geovany Soto this winter, and then replaced them with Alex Avila and Dioner Navarro, the reasoning Rick Hahn gave was that he wanted to make an offensive upgrade at the position.

While it made sense in theory -- Tyler Flowers could hit a moonshot once in a while, but you couldn't count on him for much else -- so far in practice it's not working out.

The White Sox are off to a fantastic start through 10 games, but it's largely been do to stellar pitching. The offense has been lagging behind a bit.

As of Saturday morning the Sox ranked 10th in the American League in runs scored, 12th in OBP and 12th in OPS. They're hitting enough to get the runs they need because they haven't needed many (the only team that's allowed less runs than the 22 the Sox have this year are the Washington Nationals, who have allowed 20 in one less game played), but at the moment the pitching and the 8-2 record are hiding the fact that the offense really hasn't improved as much as we'd hoped it would.

Todd Frazier has struggled, which is scary based on nothing more than recent performances of big bat additions, but I have faith he'll get to the back of his baseball card sooner or later.

I'm not as confident in the catching situation.

Last year White Sox catchers hit .230/.293/.376. Now, that seems horrible, and it's not good, but you're also comparing it to a typical batting line, not that of a catcher. The truth is those numbers had the Sox catchers finishing between 9th and 11th in the American League in each category. It wasn't great, but overall, it wasn't a glaring problem. Still,  it was that kind of performance that prompted Hahn to replace both with Avila and Navarro.

Through the first 10 games of the season, Avila and Navarro are hitting .111/.158/.111. It doesn't matter what position you're playing, that's just horrible. The .269 OPS is the worst in the American League right now, even though both Minnesota and Toronto have a lower batting average at the catcher spot thus far.

Alex Avila has definitely shown a penchant for seeing a lot of pitches -- he leads the team with 4.73 pitches per plate appearance -- but that's about all he's bringing to the plate right now. He's 3-or-20 with six strikeouts, and all three of his hits are singles.

Then there's Navarro, who is 1-for-16 to start, though he does have an RBI, which is not something Avila can claim.

Now, all of this is written with the obvious caveat that we're only 10 games into the season. I don't expect Dioner Navarro to hit .063 all year. I'm just a lot more confident that Navarro is going to have a decent campaign at the plate than Avila is.

And I'd like to see Navarro start playing more than he has.

I'm not exactly optimistic about Avila's offensive capabilities, nor should you be.

The fact is, as you watch Avila at the plate, I feel like the absolute best thing a pitcher can do is to hit Avila's bat with the baseball. Don't try to fool him. Don't mess around. He's not going to swing at bad pitches, he's just going to make you throw more. Make him hit the ball.

When he does, things don't go well for him.

The point I'm trying to make here is that there's been an obvious downward trend with Avila's bat, and nothing we've seen so far this year suggests that trend will change.

So if the White Sox are serious about improving the offense out of the catcher spot, there's really no reason Avila should be starting more often than Navarro is. As a switch-hitter, Navarro has always hit lefties a little better than righties, and Avila can't hit lefties, so there will still be plenty of opportunities to play.

But if Navarro is going to get every start against lefties, he should also be getting two of three against righties as well.
Alex Avila Dioner Navarro Geovany Soto Rick Hahn Tyler Flowers