Keep Matt Albers Away From Your Cat 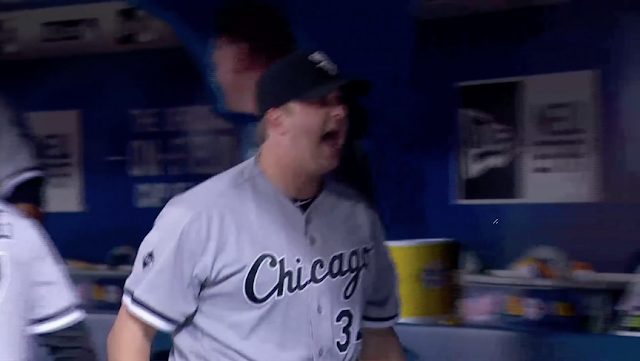 I'm not sure what I find more enjoyable. Watching Matt Albers pitch during his current streak of 30 consecutive appearances without allowing a run, or his trips back to the dugouts once those appearances have ended.

We've seen him spit his gum out and swat it out of the air like Dikembe Mutombo used to do to layups around the basket, and we've seen him hit himself in the head repeatedly if he wasn't happy with himself, even though he didn't allow any runs.

On Monday we saw Albers make a nice play on a bunt to end the inning, and when Albers reached the White Sox dugout, he made sure his teammates knew which animal his reflexes had a lot in common with.

If you're at work right now, you may want to put on some headphones.


Gonna need to print up some FUCKING LIKE A CAT t-shirts.
Matt Albers Video