Tim Lincecum Is Just Another Version Of John Danks 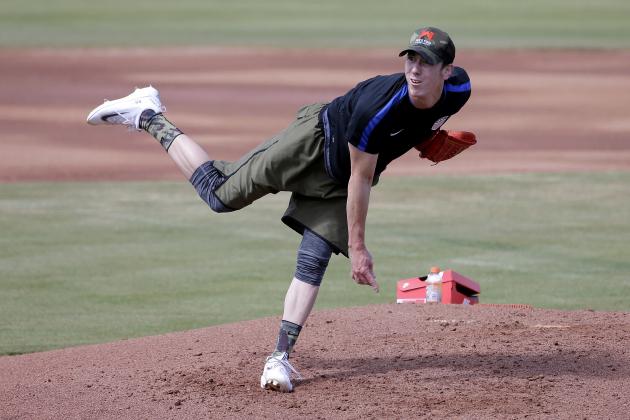 That seems to be the approach the White Sox are taking at the moment, as they've decided to replace John Danks with a combination of Erik Johnson, Miguel Gonzalez and possibly Jacob Turner or Scott Carroll. On Monday night, Gonzalez will make his second start of the season after being beat up a bit by the Blue Jays, but having the Sox offense bail him out to pick up a win anyway.

I'm not complaining about the approach the White Sox are taking when it comes to replacing Danks. In early May your choices are always going to be limited to what you already have available to you, and there have been plenty of teams that reached the postseason having to deal with a black hole at the back of their rotation.

While your memories may have blocked out everything but his performance against the Red Sox in the ALDS, Orlando Hernandez was dogshit in 2005. He made 22 starts and had an ERA of 5.12 before making way for Brandon McCarthy and his much more digestible 4.02 ERA in 10 starts. Still, the one thing so many Sox fans were clamoring for that summer before the trade deadline was another starting pitcher. One that didn't come.

Odds are we'll be making the same calls again this summer, but they're actually starting a bit earlier because Tim Lincecum threw for a bunch of scouts last week with the hopes of returning after undergoing hip surgery. The Sox were one of those teams, and according to Jon Heyman, they are interested in Timmy.


The ‪#‎WhiteSox‬, ‪#‎Angels‬ and ‪#‎Diamondbacks‬ are among teams known to have joined the San Francisco Giants with early interest in star free agent pitcher Tim Lincecum, who conducted the world's most-watched showcase by wearer of cargo shorts Friday.

I don't think Lincecum will be nearly as interested in the Sox as the Sox reportedly are in him -- and we don't know if the Sox are truly interested or if Lincecum's agent is just doing his job -- but if the feelings actually were mutual, I believe the White Sox would be making a mistake.

Yes, I think the Sox are going to need another starting pitcher this year if they not only want to reach the playoffs, but possibly do damage in them. I just have higher goals then finding some more shit to throw at the fifth pitcher wall, and make no mistake, adding Tim Lincecum might bring more name value, but he's no different than Danks, Johnson, Gonzalez or any of them at this point.


Now, at first glance, it might seem Lincecum has been better than Danks. While his ERA is slightly lower, the difference in FIP is large. But you'll also notice that Lincecum has a higher WHIP than Danks, and if you look at ERA+, which actually adjusts for the park the pitcher is pitching in, Danks has a better ERA+ (in ERA+ the higher the number the better, as 100 is average). Lincecum's ERA may "only" be 4.68, but when you consider he's pitching most of his starts in AT&T Park, as well as at Petco and Dodger Stadium, it turns out it's actually 25% below average.

Also, while Lincecum reportedly threw between 89 and 92 mph during his showcase, he threw only 41 pitches. The last time Lincecum's fastball averaged 92 mph over the course of a season was 2009. It hasn't even averaged 89 mph since 2014, as last year the average velocity of Tim's fastball was 87.2.

John Danks' fastball this season? Why it was averaging 87.1 mph, which was low enough to set off the alarms that the Sox need to let him go.

Sure, you can argue that it's a low-risk proposition to sign Lincecum, and you're right. If he's terrible you just cut bait, but maybe you catch lightning in a bottle.

I just don't see the point in investing anything in a guy who isn't going to be any better than what you already have.

If the White Sox are looking to add a pitcher it should be this summer when the market starts to become clear. Then, instead of looking for a hope and a prayer, find a pitcher you can slot into the middle of the rotation. One that pushes Mat Latos to the fifth starter role, and someone that can push Carlos Rodon for the third spot in case Rodon continues to struggle with consistency.

Over the winter the White Sox had to take some chances on fringe players and hope for the best. They don't have to do that anymore. Those calculated risks are paying off, and instead of continuing to play small stakes with guys like Lincecum, it's time to let it ride and see what happens.
Brandon McCarthy Carlos Rodon Erik Johnson Jacob Turner John Danks Mat Latos Miguel Gonzalez Orlando Hernandez Scott Carroll Tim Lincecum