Which White Sox Players Would Throw The Best Punch? 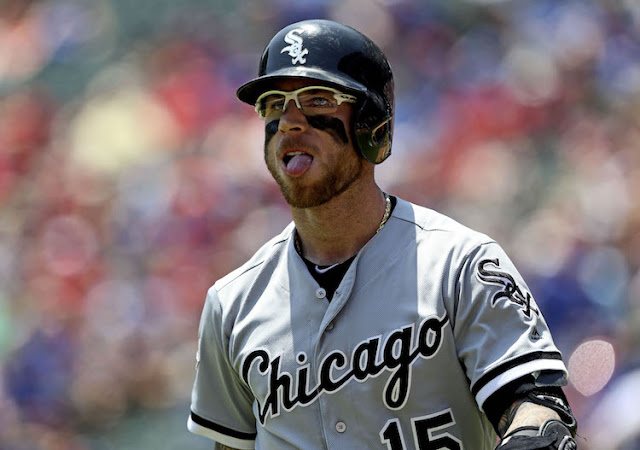 On Sunday afternoon the entire baseball world came alive when Rougned Odor threw one of the finest punches in baseball history. Odor delivered what was damn near a picture-perfect right hook to the chin of Jose Bautista, and although Bautista did not go down -- seriously, props to Jose, I've seen plenty go down from less -- it was still a beautiful punch.

Certainly better than the wild haymakers that are occasionally thrown in baseball "brawls," if they're even thrown. Baseball fights usually consist of nothing more than aggressive hugging.

Anyway, if you haven't seen it yet, first of all, where the fuck have you been? It's been all over the internet and television for the last 24 hours since the time I wrote this. Anyway, here it is once more, for your enjoyment.

Instead these rankings will have to rely on nothing but my own preconceived notions about the players based on nothing but how they play, and how they look. And those are the best kind of rankings.

5. AVISAIL GARCIA: Avisail Garcia has never been able to fully live up to his baseball potential -- though, hey, he's not sucking right now -- but he's still a pretty big dude, and that size is the only reason he's on this list. You see, Avi is a bit bulky up top, and I wonder if he'd be too big to really throw a beautiful punch.

It's just what he lacks in the form, he'll make up for with the power. If he gets some torque in those hips he'd knock you the fuck out.

4. CARLOS RODON: There's just something about Carlos Rodon's pitching motion that makes me think he'd throw a good punch. There's not much else to it, though I guess the fact he believes the answer to his current struggles is just to throw harder also contributes. I mean, that just seems like the kind of thing somebody who's a bit quick-tempered would think, and if Carlos is quick-tempered, he's probably been in some fights.

So combine his motion, with his possible rage and just his velocity, and I think Carlos could cause some problems. Particularly because it's always more difficult to box a southpaw.

3. ZACH PUTNAM: I don't know what it is about Zach, I just look at him and think "that guy can throw a punch." I believe Zach is that person that opponents would often overlook, or take for granted. Like, if you were drunk at the bar, and you bumped into him, you'd be a total asshole about it. Instead of saying "my bad" you'd be like "WATCH WHERE THE FUCK YOU'RE GOING, BRO" even though you bumped into him while he was just standing around playing darts.

All that beer would have you thinking you're tougher than you are, and looking at Zach you'd just think "oh this guy is a nice guy he ain't gonna do sh.." and then you'd stop thinking cuz holy shit Zach just threw the first punch. He's sick and tired of people thinking he ain't gonna fuck your shit up.

Now you're just laying on the bar floor, which is all sticky and wet with beer, wondering what the fuck just happened. Zach Putnam just happened, bitch.

You've seen Jersey Shore, you know all of this.

Also, Todd just did this the other day.

1. BRETT LAWRIE: This is the obvious choice because, I mean, just look at Brett Lawrie. My boy Tweaker definitely does Crossfit, and Tweaker loves the pain. Tweaker needs that pain.

Also, if you look back at his career, there seem to have been plenty of teammates that don't like Tweaker. He's a bit too much. He rubs some people the wrong way just like a guy from New Jersey, except with a Canadian accent.

Also, he's totally snorting rails of adderall laced with crystal meth, so he has that crazy tweaker strength.

Tweaker has tweaker strength, and he can't feel his damn face. That's not somebody you want to get in a fight with.

So while he may not have the most beautiful punch, the fact is that Tweaker could probably punch you 50 times and his hand would be all broken and bloody, but he couldn't feel that either, which just makes him that much more dangerous.
Avisail Garcia Brett Lawrie Carlos Rodon Jose Bautista Rougned Odor Todd Frazier Zach Putnam