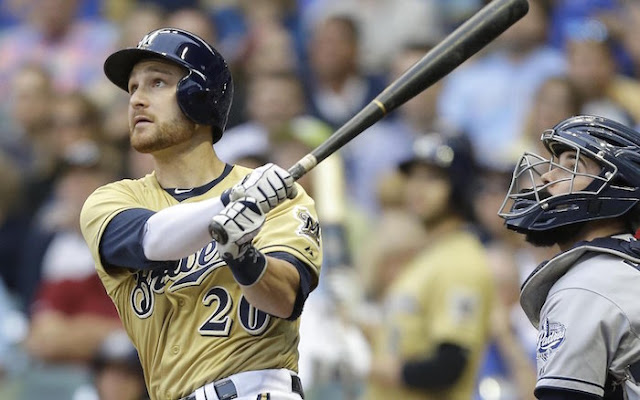 On Wednesday night the White Sox announced that the Padres had claimed Hector Sanchez off of waivers. You see, when Alex Avila went on the disabled list, there's a reason the White Sox called up Kevan Smith first.

So Smith came up, and before he ever squatted behind the plate in a Major League game, Smith was placed on the disabled list himself with sacroiliac joint dysfunction, which is a fancy way of saying his hip is fucked up, and it's causing him some back pain.

When the happened the Sox were forced to bring up Sanchez, but when Avila came off the disabled list, the Sox had to designate Sanchez for assignment and hope he cleared waivers. He didn't.

Ordinarily this wouldn't be a big deal because Sanchez is essentially organizational filler. The reason it has become something of a problem for the White Sox, though, is that before the season began, they lost Rob Brantly on waivers, and he was originally intended to be the third catcher. Brantly's departure bumped both Smith and Sanchez up a notch, but now Smith remains at No. 3, and the next name on the list behind him is...

Narvaez has been with the White Sox since 2014, and he began this season at Birmingham, but was bumped up to Charlotte when the Sox had to pilfer both Smith and Sanchez. With Smith still on the disabled list, and no definite return date for him, the Sox are another Alex Avila -- or a Dioner Navarro -- injury away from having to give playing time to a 24-year old catcher with only 20 career games above A-ball. And in those 20 games Narvaez is hitting .239/.282/.269.

What I'm saying is, while it may not be the most pressing issue, the White Sox have a clear problem when it comes to their catcher depth in the organization. Now, odds are the Sox will fix this by finding a catcher of their own to claim off waivers, or they'll make a very minor trade to find somebody.

But there's another way. A route that I don't think is likely, but an idea I thought of that I believed to be interesting enough to write about.

There's been some talk about the White Sox possibly trading for Ryan Braun, and most of the talk about Sox trades have centered on outfielder/designated hitter types. Well, what if the Sox called Milwaukee about the other veteran it has on the trade block?

Milwaukee is going to trade Jonathan Lucroy at some point. Lucroy let it be known that he'd like to be traded over the winter. At the moment he's hitting .313/.374/.473, which means his value likely won't be higher because, while he's not an abomination behind the plate or anything, Lucroy's value has always been centered on the fact he's a catcher who can hit.

So what if the White Sox traded for Lucroy, and then used a combination of Lucroy, Navarro and Avila at both catcher and designated hitter. Furthermore, Lucroy has also spent 36 games at first base in his career, giving the team another option at first allowing Jose Abreu a day off, or a day at designated hitter.

It wouldn't be a perfect solution, nor would it be the sexiest acquisition, as I can already imagine the reaction of White Sox fans seeing Alex Avila at designated hitter some days, but it could still provide the offense with a major boost offensively.

And if Avisail Garcia continues to hit the way he has been in recent weeks, you can keep him at designated hitter and just part ways with Avila.

Now, the kink in this plan is that I don't think the Sox have the prospect depth to get Lucroy from Milwaukee, or would at least want to pay the price. A catcher that can hit like Lucroy will be attractive to plenty of different teams, so the Brewers will get a good price for him.

So, as I said, I don't think it'll happen, but it's somewhat of a fun idea.