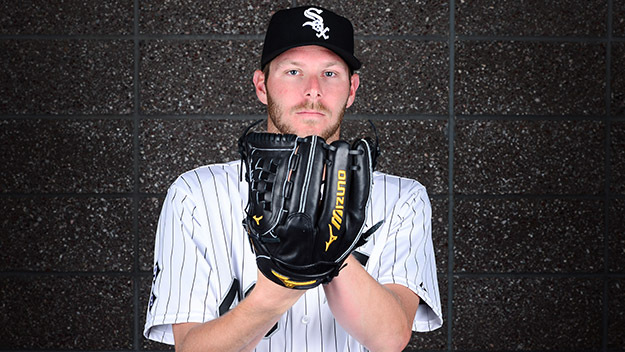 When you put all of these things together it means that it's time to fire up the ol' SHOULD THE WHITE SOX TRADE CHRIS SALE TO THE RED SOX debate that typically rages over the winter.

It's a ridiculous debate for a lot of different reasons, but at the end of the day, there's one simple factor that will ensure Chris Sale isn't traded before the Sox absolutely need to move him. Not to the Red Sox.

It's not that the Sox can't get equal value for one of the best pitchers in the game, who just so happens to be on one of the team-friendliest contracts in all of baseball.

It's not because the White Sox fear a fan revolt should they trade Sale, or enter a full-blown rebuild.

No, the one and only thing that will keep the White Sox from trading Chris Sale, no matter how much sense it may make to many, is Jerry Reinsdorf. Jerry Reinsdorf isn't afraid to go into a rebuild because he's worried about losing money, he doesn't want to trade Sale because he's trying to win now.

You can argue against the philosophy all you want, and while doing so you're going to make some very good points. Clearly the way the Sox are going about things at the moment hasn't been working. A full teardown might just be what this team needs to build a consistent contender in the long-term, but the long-term isn't something Jerry Reinsdorf is interested in right now.

The man is 80 years old, and he'll be 81 before the 2017 season begins. When you're in your twenties, thirties, forties or even your fifties, the idea of a rebuild isn't that horrible. You can wait a few more years if you have to. You have time.

Now, as far as any of us know, Jerry Reinsdorf is in perfectly fine health for an 80-year old man. Given modern health care, it's not insane to think that he'll live at least another 10 years, or maybe even 20. But he doesn't know that.

And he wants to win another World Series before his time is up. You can't come to an 80-year old man and say "we just need a few more years and maybe, if everything goes to plan, then we could possibly win a World Series."

An 80-year old man doesn't have time for that shit.

An 80-year old man doesn't have time to trade Chris Sale for some prospects that might work out.

So no matter what anybody says about what the White Sox should do, or how often trading Chris Sale is brought up, nor what kind of amazing packages he could possibly fetch in return are put together, as long as Jerry Reinsdorf is alive and signing the checks, Chris Sale isn't going anywhere.