August May Be The Time To Trade Melky Cabrera 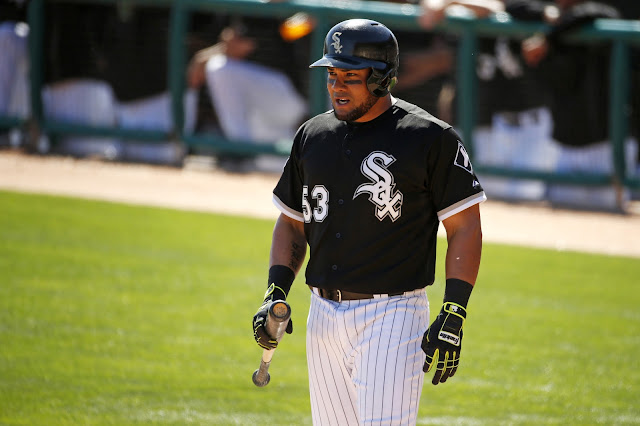 When the trade deadline passed and Zach Duke was the only player the White Sox had sold off their sinking ship it was more than a bit disappointing. Rick Hahn had said just 10 days before that the team was "mired in mediocrity," and mentioned the possibility of a rebuild.

Instead it was more of a garage sale, and a poorly marketed one at that. Whether or not Hahn put up enough signs around the neighborhood, I don't know, but hardly anybody showed up, and Duke was the only thing to go.

Entering August I think the white whale of Sox trades most fans were hunting was moving David Robertson. He's a high-priced closer for a team that truly has no need to allocate such a large portion of its resources to such a player.

Unfortunately, Robertson hasn't done much to make himself desirable to other teams this month. His ERA of 3.60 through five August appearances isn't horrible, but he's converted only three of his five save opportunities. In fact, after blowing only two saves through the first 3.5 months of the season, Robertson has blown four in the last month.

Combine what seems to be declining performance with a contract paying him $25 million for the next two seasons, and well, you'll probably have a lot better luck trying to move him this winter.

But there is one key player I think the Sox can move this month, as much as it pains me to even consider it.

I was somewhat surprised there wasn't more interest in Melky before the deadline. There won't be a great crop of outfielders on the market this winter, and Melky is signed through next season at a very reasonable rate of $15 million. That's not bad at all for a guy hitting .300/.348/.447 this year and .301/.343/.444 since the 2011 season.

There may be one for him now, though.

If you look around the league this month, injuries have been popping up everywhere you look. The Cardinals have lost both Matt Adams and Matt Holliday, Toronto just had to put Jose Bautista back on the disabled list, Cleveland has no idea if it's going to get Michael Brantley back, and other hitters like Nick Castellanos, Scott Van Slyke and Ryan Zimmerman have all hit the disabled list.

I don't know if the Sox would be willing to send Melky to Cleveland or Detroit since he has another year on his deal, but the Cardinals, Blue Jays and Nationals are teams that could certainly be interested.

I'm not sure what the return would be for him at this point, but I think it's worthwhile to listen. Of course, what the Sox do depends largely on what their plan truly is for this winter and 2017. If they're serious about starting over, I don't see what purpose Cabrera serves them next season, though his absence would really hurt my gif production.

If they believe they're going to contend, then you hold on to him.

But no matter what the plan is, I can't help but believe that if the Sox are going to trade anybody of consequence this month, the Melk Man is the odds-on favorite.
David Robertson Melky Cabrera Rick Hahn