No Need To Rush: Save David Robertson For The Trade Deadline 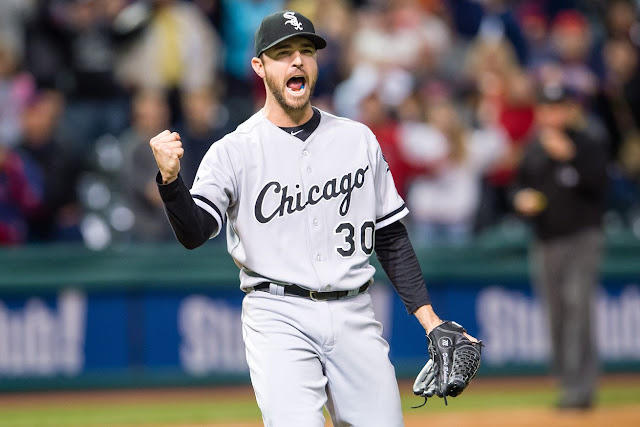 Things have been really quiet on the White Sox front -- and on this White Sox blog -- when it comes to trade rumors as of late. Things started off with such a flourish during the winter meetings when the rebuild finally began, yet now we sit here less than two weeks from spring training beginning, and we're all still waiting for the next step.

Jose Quintana is still here, as is David Robertson. Todd Frazier hasn't gone anywhere, and while it's not even a tiny surprise, Jose Abreu remains as well.

So when a trade rumor -- a new one -- finally bubbles to the surface, it's exciting, and on Monday morning Ken Rosenthal gave us all a glimmer of hope in a column about the Washington Nationals.

Per the little man in the bow tie:


That might change soon; the Nats continue to discuss a trade with the White Sox for closer David Robertson, according to major-league sources. Robertson is owed $12 million this season and $13 million next season, creating an all-too-typical Nats obstacle. The team does not want to absorb Robertson’s entire obligation, and does not want to move additional prospects after parting with three young pitchers for Eaton, sources say.

The good news is that the Nats are still interested in Robertson. It's seemed like a logical destination for him all winter. The bad news is I just don't know how well they matchup at this point considering how much the Nats already gave to the White Sox for Adam Eaton. Washington's farm system isn't exactly highly-ranked after that trade, and I have a hard time believing it would want to give up a Victor Robles or Erick Fedde for Robertson. Maybe the Sox could get a Carter Kieboom and a couple of other lower guys -- I still like Pedro Severino.

It's just, I still don't really think this is the best time to move Robertson. At this point it makes more sense to head into the 2017 season with him at the back end of your bullpen.

I said this before the winter too. With all the high-end relievers that were available over the winter, it was going to be hard to find a true bidding war for Robertson, and that's very much the case right now. Washington may be interested, but who else is? We've heard rumbles about the Blue Jays and maybe the Yankees, but nothing serious seems to have developed there.

Which is why it make more sense to hold off on Robertson right now. Come the summer there will be plenty of teams looking for a late-inning reliever. There always are. So if Robertson has a strong first half, and bounces back from the injury he was dealing with last season, his market will improve drastically.

There aren't going to be a crop of free agent closers available next winter like there were this year. The only premier name that could be available would be Craig Kimbrel, but barring a disastrous season, I don't see why the Red Sox wouldn't pick up his $13 million option for 2018.

Which means that come July the best bullpen arm available could be Robertson.

Plus, since is the first year of the rebuild, there's no reason for the Sox to worry about making room by moving Robertson. Even with Zack Burdi and other young arms waiting in the wings, we don't need them to start the season in Chicago. They can just as easily come up in July and August.

So even if the Nats are interested, I think the White Sox are better off just waiting on Robertson unless they're completely blown away by an offer before that.
David Robertson Jose Abreu Jose Quintana Todd Frazier Zack Burdi