How Am I Supposed To Feel About Carlos Rodon's Injury? 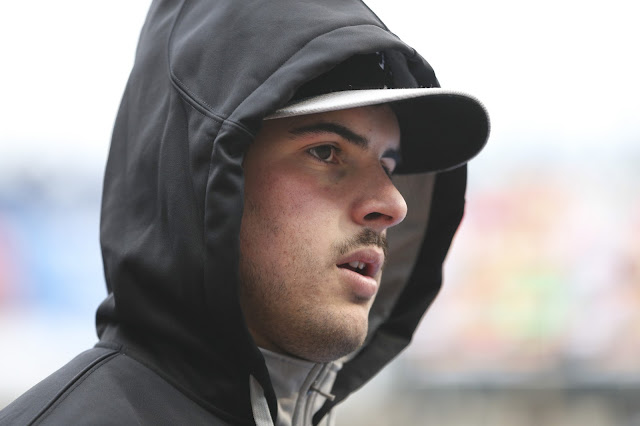 I don't know what I'm supposed to do here.

On Friday afternoon, hours before he was scheduled to make his second start of the spring, the White Sox announced that Carlos Rodon had been scratched due to tightness in his upper left biceps. Am I supposed to freak out about this?

Honestly, I feel like I'm supposed to freak out about this.

Rick Hahn didn't do anything initially to stop me from feeling that way, either. Sure, he tried to paint it all in a pretty picture, and as if it's not that big of a deal, but he also said the odds are that Carlos Rodon will start the season on the disabled list.

“We’re going to err on the side of caution, even if it winds up costing him his first couple of starts because we’re slowing down the schedule now by scratching him," Hahn told reporters.

Yeah, okay, fine. Erring on the side of caution is cool, but I'm still freaking out a little bit here. I mean, Rodon was already behind schedule because the Sox said they wanted to take things slowly. With Chris Sale gone, and Jose Quintana likely to follow at some point, Rodon is destined to become the shining beacon of the starting rotation. They wanted to make sure he was ready to take on a larger role (more innings) than he ever had before. And now this forearm tightness.

So can you blame me if I want to freak out a little?

While there are a lot of players on this roster that won't be around by the time the White Sox are ready to compete for a playoff spot, Rodon is not one of those players. He's the dude that you envision starting Game 1 of any playoff series, and possibly Game 7 if it comes to that.

And now he's got some problem with his arm. The thing that his career is built upon.

So, as you can see, there's plenty of reason to freak out a little, but what I can't quite figure out is whether I should be freaking out. And it has nothing to do with the severity -- or lack thereof -- in Rodon's injury.

This is where the rebuild does funny things to your mind. As a White Sox fan, I've spent every year of my damn life going into a season hoping the team would win a bunch of games, go to the playoffs, and win a World Series. That's not the goal this season, and I have to admit it's a difficult adjustment to make.

This season is supposed to be one where losses aren't a bad thing.

Carlos Rodon starting the season on the disabled list would help maximize this team's chances to lose games. So, in a way, Carlos Rodon having tightness in his biceps could be seen as a good thing.

But it's not a good thing!

It's all so confusing.

The tightness in Rodon's left bicep is leading to tightness on the left side of my brain.
Carlos Rodon Rick Hahn