What You Need To Know About The Tim Anderson Extension 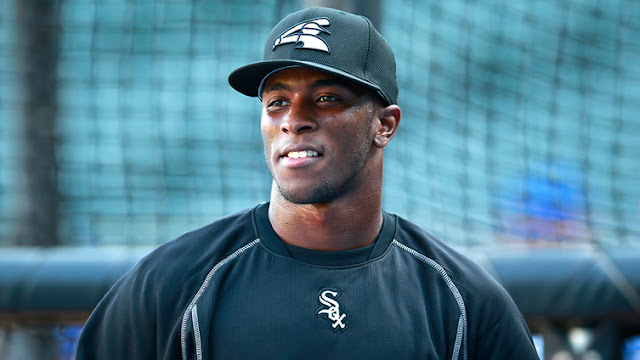 Tim Anderson woke up this morning with more money than he had yesterday.

Scott Merkin first tweeted about the possibility of Anderson and the White Sox agreeing to an extension on Monday evening, and then on Tuesday morning multiple reports from Ken Rosenthal and Bob Nightengale saying it's a six-year deal worth $25 million. There are also two option years at the end of the deal that could bring the total value of the deal to $50.5 million, which would basically double the value of the deal (you can see the breakdown by year here).

So what do you need to know about the extension? Let's work it out together.

SEEMS KIND OF EARLY, DOESN'T IT?

Yes. Yes, it does. When the news first broke on Monday night I was caught off-guard because this just simply wasn't something I was expecting. Had Tim Anderson started the season well I figured the White Sox would approach him about doing something like this, but I did not think it would happen before the season.

As currently constructed it's the largest contract in baseball history for a player that's played less than one season.

HOW CRAZY IS IT TO WRITE "THE LARGEST CONTRACT IN BASEBALL HISTORY" IN THE CONTEXT OF THE WHITE SOX?

Very! Considering the largest deal in franchise history is Jose Abreu's, and the Sox are one of few teams to never sign anybody to a $100 million deal, it's not typically something you'd expect. Of course, the context here is that they're still only spending $25 million, but that is a lot of money for somebody with a short a track record as Tim Anderson.

It's important to remember that while Anderson had an excellent debut season with the White Sox last year, he still only played 99 games.

SO WHY DID THEY DO THIS? WHAT ARE THE BENEFITS?

Well, simply put, it's just a smart investment. If Tim Anderson blossoms into the player you think he's going to be, $25 million for six years is nothing. You have to remember that you're not only buying out his arbitration years but the first couple of years of his free agency. So it's possible that by signing Anderson to this deal, the White Sox are saving quite a bit of cash here.

Make no mistake, even if you feel this is too early to hand out a deal like this, there's very limited risk on the team's side. Anderson's average salary over the course of the contract will be $4.17 million per year. To put that into perspective, as a free agent without a lot of interest last winter, the White Sox signed Austin Jackson to a one-year $5 million deal.

So in order to live up to his contract, with the rate that salaries rise in this sport, Anderson basically just has to stay alive and play. If he's your regular shortstop, even if he's just a league average player, he's earning his salary.

There are longer-term benefits as well.

Let's say that this rebuild goes as planned. Jose Quintana is traded at some point for an impressive haul of prospects. All the kids progress nicely, and the Sox lose enough games the next few seasons to add even more top talent through the draft. Then 2019 comes along, and you're ready to actually spend money on a free agent -- somebody like Manny Machado -- to take that next step toward contention.

Well, you have a lot more money available to you now.  You don't have to worry about bookmarking money for the future to give to Tim Anderson as his own free agency is approaching. He's locked up already to a ridiculous contract.

Hell, even if the rebuild doesn't go as planned, we've already seen the benefits of having good, young players signed to ridiculously team-friendly contracts. Chris Sale and Adam Eaton are very good players, but a big reason they each fetched such a large return on the trade market were their contracts. The same can be said for Jose Quintana.

So, again, there's no real downside here as far as the White Sox are concerned.

SO THEN WHY DID TIM ANDERSON SIGN THIS DEAL?

Because $25 million is a lot of money.

Seriously, put yourself in his shoes. Sure, there are some players who are willing to risk it and bet on themselves in the long run. They'll take the risk -- and it's a major risk, but one with a great reward -- that they can not only stay healthy for seven seasons but be an excellent player. The kind that can command a huge contract when free agency finally comes.

Not everybody is wired that way.

Tim Anderson is a 23-year old kid who is basically still learning the game of baseball. He's a 23-year old with a family, including a young child. When the White Sox come to you in such a situation and say "here's $25 million worth of financial security" that's a really hard prospect to pass up on. That's a guaranteed paycheck for the next six years.

Plus, when Anderson does become a free agent at the end of the deal, he can still sign a larger contract if he's earned it. So while he runs the risk of losing out on some money in the long run, he's willing to make that trade for the security now.

Shit, it's the same reason I'd do it.

OKAY, SO IN THE END, IT'S HARD TO BE UPSET ABOUT THIS, ISN'T IT?

Yep. There's nothing to be upset about. Tim Anderson got paid, but nowhere near enough to ever become a drain on the overall payroll. Everybody wins here.
Adam Eaton Chris Sale Jose Abreu Jose Quintana Tim Anderson