Has Avisail Garcia Been Possessed By A Super Baseball Alien: An Investigation 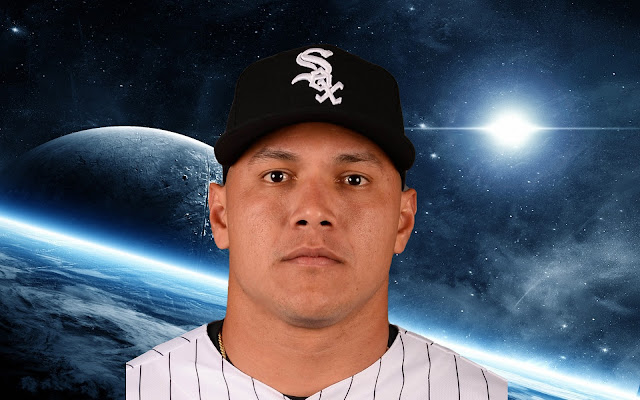 Entering the 2017 season Avisail Garcia had never been a particularly good baseball player. Sure, he had tools, and he had talent, but he had never been able to put them together consistently enough to have any kind of long-term success.

White Sox fans had spent the last few years just wishing to be rid of him because he was an anchor around the legs of a team put together with the intent of winning baseball games. Then things changed. The White Sox changed direction and decided they were going to tear it all down and rebuild.

This changed the relationship between the fans and Avisail. No longer would his poor play be a detriment, but rather it would be a blessing, as he was going to play every day for a team that wanted to lose games.

But a funny thing happened on the way to the 2017 season. Avisail Garcia suddenly morphed into a good baseball player.

Through the first month of the season, Garcia has been the best hitter on the White Sox, and one of the best hitters in baseball. So what the hell happened? How did Avisail Garcia suddenly become a fantastic hitter after being terrible so long?

After searching the furthest reaches of my mind in search for the answer, I've come up with a theory. One that, once I realized the possibility, seemed so blatantly obvious that I couldn't believe it didn't occur to me from the start.

I'm talking of course about... 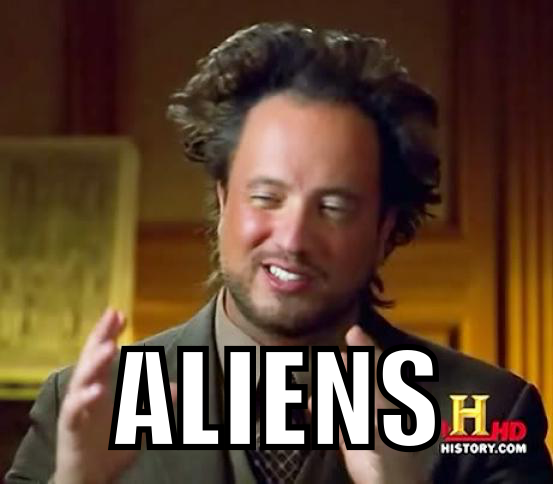 Has Avisail Garcia been possessed by some sort of super-baseball alien? I don't know, but I intend to find out.

A REASON WHY AVISAIL COULD BE AN ALIEN

As we've gone over, he's suddenly good. This typically does not happen. While some would argue that he's only 25 and won't be 26 until this summer, and therefore is just coming into his own, Avisail is still a special case.

He's gone from being 8% below average to 98% above average.

How does something like this happen? Could this be the result of an alien taking control of Avisail's body and giving him amazing baseball powers? 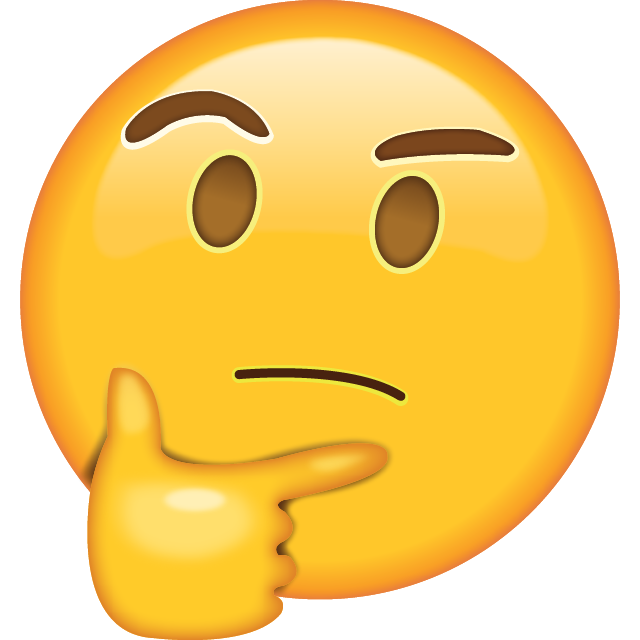 We can't rule it out, but we must be fair in this investigation, so...

A REASON WHY AVISAIL PROBABLY ISN'T AN ALIEN

It's possible Avisail has just changed his approach at the plate. There was talk over the winter about how the team wanted to try to change Avi's swing plane. Give him more of an uppercut swing rather than a downward swing. The theory was that, if executed, it would allow Avi to get more balls in the air, and take advantage of his strength.

We've seen results that support this theory so far.

As you can see, he's elevating the ball more frequently. But is this enough to prove that Avisail's improvement is a result of a new swing and not some alien known as The Mike Trout of the Sombrero Galaxy?

I'm not convinced. We must continue.

A REASON WHY AVISAIL COULD BE AN ALIEN

You know him as Avisail Garcia, but do you know his full name?

You know what you can't spell Avisail Antonio Yaguarin Garcia without? A-L-I-N. That's four of the letters in the word alien! And while his name may not have an E in it, pronounce it to yourself.

What sound do those I's make? That's right. E.

But I'm not ready to conclude anything yet.

A REASON WHY AVISAIL PROBABLY ISN'T AN ALIEN

I mean, if you think about it, why would an alien travel all the way to Earth to take over Avisail Garcia? It's a very long trip, and we can't even be sure baseball is popular in other galaxies.

There's a non-zero chance that they don't even play baseball in other galaxies.

So you have to think that if there is an alien from another galaxy that's a tremendous baseball player, there has to be baseball on their planet. How else would they know they're good at it if it didn't exist?

So, if that's the case, why would the alien travel all those light years to get to Earth and play here? Is it like coming from Japan or Korea, where you know you dominate there, but you want to prove it in the planet's best league?

Could Major League Baseball be the greatest baseball league in the universe?

Maybe, but I'm not sure what the super baseball alien would have to gain from it. I doubt dollars spend the same in other galaxies. Then again, while I took micro- and macroeconomics in college, I'm far from an expert in the field, so I can't be sure.

ONE FINAL REASON AVISAIL COULD BE AN ALIEN

This happened while I was sitting here writing this post.

Looks like somebody knows we're onto him and is now trying to flee before he's caught.

It's pretty damning evidence, you guys.