The Week That Were In White Sox: Avisail Garcia Is Your God Now 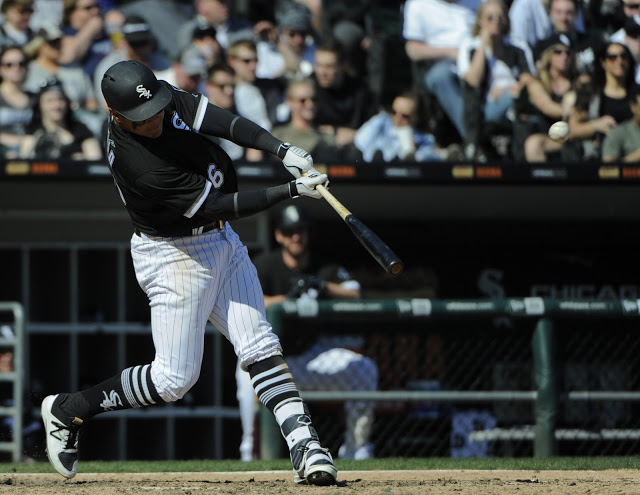 The Week That Were In White Sox is meant to be a weekly look back at the last week in White Sox baseball. I say it's meant to be because I can't guarantee it'll run every week because I can be quite lazy sometimes. So, you know, don't set your watch to it. Just know I'll try to get it up every week. Unless I don't.

Avisail Garcia is good at the moment. I have to say at the moment because we've seen Avisail do this before. He'll hit really well for a week or two, sometimes even a month, and you start to convince yourself he's turned a corner.

Inevitably he goes back to being the same frustrating player he's been since he got here. Talented enough to tease you with flashes, but never able to fully flip the switch.

Still, there are some reasons to be optimistic this time around. While the White Sox fix Avisail Garcia's approach at the plate every winter, the changes this offseason focused on him changing the plane of his swing. The Sox wanted Avi to have more of an uppercut approach to get the ball in the air more. The thought process was that Avi's a big strong boy and that putting the ball in the air could help him tap into his power, rather than just hitting hard ground ball outs. And so far it's paying dividends.

Now, obviously, the sample size here is extremely small, but I can only work with what we have right now.

And this is what we have. Through the first week, Avisail has a BABIP that's completely unsustainable at .615. The reason this number is inflated, though, is the kind of contact he's making. It's the hard kind, with the ball being elevated.

As for the launch angle and exit velocity numbers, Baseball Savant doesn't have 2017 numbers up yet (at least not that I can find) so it's impossible to say how big the changes -- if any -- have been there.

But even without the numbers, the eye test certainly makes it look like Avi's squaring the ball up better and hitting it hard. Maybe not harder than before, but with more loft, which has led to slugging .737 through the first five games.

Again, it's still way too early to make any actual conclusions here, but early returns warrant some optimism. Even if it's extremely guarded.

Now if we could only teach him how to catch fly balls...

Jose Quintana's curveball hasn't been very sharp. Over the course of his career, it's been his go-to out-pitch, as he's able to use it to not only get strikes but to entice hitters to swing at bad pitches with two strikes. That just hasn't been the case through his first two starts. So far this season he's been a fastball pitcher and not much else.

In the season opener against Detroit, too many of those fastballs were over the plate, and the Tigers were being aggressive with them and took advantage. Against Minnesota, the location was better for the most part, and the fact he's been able to be as successful as he has been with basically one pitch bodes well for the rest of the season.

As does the fact that a sloppy (for him) April isn't exactly a new phenomenon with Q. As far as ERA is concerned, April has been the worst month of Quintana's career, as he has a 3.94 ERA in the first month of the season. In May it drops down to 2.99. I'm guessing he just needs a few starts to really get a feel for his stuff before he can unleash it to the fullest of his abilities.

So I wouldn't fret too much about his trade value at the moment. History dictates he'll be just fine.

Zach Putnam looks fantastic. While David Robertson and Nate Jones are the two names that come to mind most often when considering trade assets in the bullpen, I was really interested in seeing how Zach Putnam looked this year. When he's right he's the kind of arm that can fetch a prospect in return this summer, and early indications are he's recovered.

Putnam missed the second half of the 2016 season and needed elbow surgery. Even if it was to remove a bone fragment, and didn't have anything to do with any ligaments in the elbow, you're always a bit worried about pitchers having their elbows operated on.

He certainly doesn't look any worse for the wear. He's appeared in three games, faced 15 hitters, and struck out six of them. Of the nine guys to actually put the ball in play, only one managed to get a hit. Nobody has drawn a walk.

Yoan Moncada's nickname shall be Twinkie. The committee of me and nobody else has decided this. Let it be known. If you don't know why I'm calling him Twinkie, educate yourself here.

And while his diet may not be ideal, it seems to be working. Through four games at Charlotte, he's slashing .400/.429/.550. What is a bit worrisome is the six strikeouts in 21 plate appearances.

Double-A hitters have a hard time with 100mph fastballs. That should help explain how Michael Kopech struck out 10 hitters in 4.1 innings in his first start with the Barons. When asked about his performance after the game Kopech said he didn't have a feeling for his offspeed stuff, so he had to stick with the fastball and slider.

Considering the slider comes in at around 95, it's not a bad backup plan. Still, it's hilarious that he struck out 10 guys in his debut and after the start, he was mad that his changeup wasn't working. It's also good to hear.

Byron Buxton can go to hell.

Something about the White Sox uniform brings out Geovany Soto's power. He already has three homers this season, but his power surge with the White Sox is nothing new. Geo now has 224 career plate appearances with the White Sox. He has 12 homers, giving him a home run rate of 5.4%.

When you look further you realize it might not be the uniform, but the park. Soto has 180 career plate appearances at #TheArrow, and 12 career homers in the park. That's a home run rate of 6.7%.

To put that even further in perspective, Barry Bonds, the dude who hit 762 freaking dingers, had a career home run rate of 6.0%.

#TheArrow is good for The Sultan of Squat. 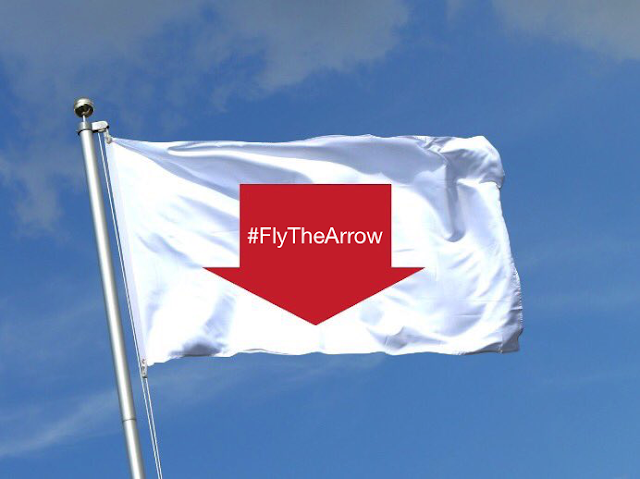 Speaking of #TheArrow. I can't believe how quickly #FlyTheArrow has caught on. It all started when the Sox sold the naming rights to the park to a company with a giant red arrow pointing down as its company logo. I knew we'd be ripe for the jokes, so my thought process was "if we make fun of it ourselves, and take complete ownership of it, it'll strip everybody else of their ability to wield it like a weapon against us."

Still, it was more of a gag than anything, but it has apparently struck a chord with Sox fans.

The #FlyTheArrow hashtag has been trending on Twitter following both wins this season, and I've already sold far more t-shirts than I thought I would. Seriously, I created a t-shirt in minutes thinking four or five people might buy one.

A whole lot more than four or five people have. If you haven't yet and want to, you can find them here. But you don't have to buy one to #FlyTheArrow. It's the spirit that truly counts.

I should point out though that it seems to annoy Cubs fans. So maybe you should buy one and wear it everywhere.
#FlyTheArrow Avisail Garcia Geovany Soto Jose Quintana Michael Kopech The Week That Were In White Sox Yoan Moncada Zach Putnam