Cody Asche Is Off To An Historically Bad Start 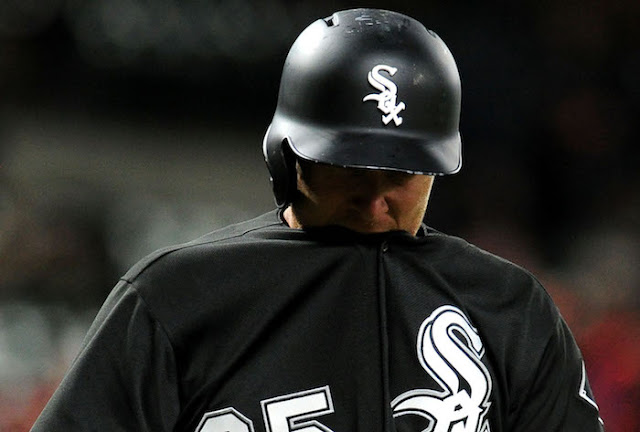 I know this, and if you're reading this story, you know this as well. Personally, I like to remind myself of how bad Asche has been by checking his Baseball Reference page every day and looking at his numbers.

Take my word for it, there's nothing that makes you feel better about yourself and what you're doing with your life than looking at Cody Asche's 2017 numbers.

I decided to mix things up a bit today, however. Asche's season has been awful so far, but how terrible is it in comparison to White Sox players of the past?

Turns out it's pretty bad!

As I write this Asche has played in 18 games and has 61 plate appearances this season. In that time he's posted an OPS of .359 and an OPS+ of 3. So, after seeing these numbers this morning, I decided to look up how many White Sox hitters in franchise history -- I left out pitchers -- had at least 60 plate appearances in any season with an OPS and OPS+ equal to or worse than Asche's current numbers.

Aside from Asche, there have been four other players in team history to have numbers that bad.

They are:
Now, some notes on each of these players and those seasons.

Harold Baines was awful in 2001, but he was 42 years old. Harold had come back to Chicago the year before in a trade to get Charles Johnson. He was awful in 24 games for the Sox in 2000, but of course, they brought him back in 2001 because he was still Harold Baines.

After his embarrassing 2001 season, Harold would hang em up and never play again.

Karkovice's horrible season came very early in his career. He was called up in August of 1986 and finished the season on the roster as a backup to Carlton Fisk, and was actually a decent hitter in 37 games. He would break camp with the team in 1987 as the backup again, but he'd have that horrible start to the season and get sent back down to Triple-A after appearing in 39 games.

Moe Berg was in his fifth season as a catcher for the White Sox. He hadn't been a regular until 1929 when he played in 107 games and hit a respectable .287/.323/.307. While his OPS was only .630 that was actually good enough for an OPS+ of 108 (8% above league average) in 1929. So he'd come back for the 1930 season and he was putrid. He played in 20 games for the Sox that season and never played another one for them after that, though he did appear in 335 more games for the Indians, Senators, and Red Sox over the next nine years.

Finally, we have Karl Swanson. Swanson was a second baseman who played in 22 games for the Sox in that 1928 season. The first one wasn't until August 12, which tells me he was only up to fill in for somebody. He sucked, and then played two more games for the White Sox in 1929 -- he went 0-for-2 -- and never played in the Majors again.

So we have four players who were as horrible as Asche has been in franchise history. One was a franchise legend at the end of a glorious career. One was a young Sox catcher who went on to have a solid career for the franchise, though was never really here for his bat. Then there are the other two, who were a backup and a fill-in in the late 1920s and early 1930s.

The common theme is that, aside from Karkovice, these horrible performances marked the end of their White Sox careers.