The Cardinals Have Been 'Linked To' Avisail Garcia Apparently 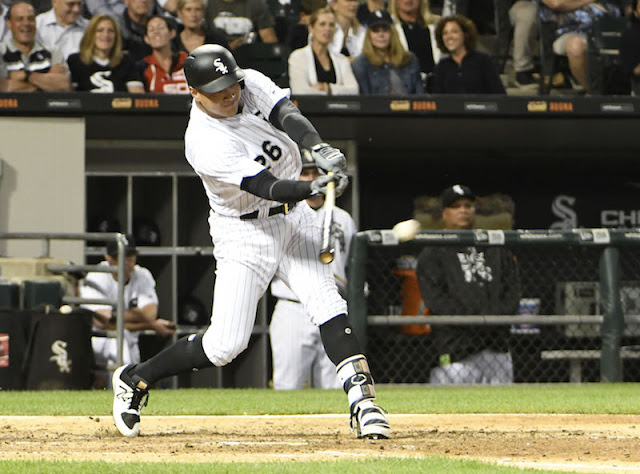 Here's a sentence I never thought I'd even think within the deepest recesses of my mind, let alone type onto the internet where people could read it and know I feel it: Avisail Garcia is garnering trade interest, and I'm furious about it.

I'm serious. I read today that the St. Louis Cardinals are interested in Avisail, or at least have been "linked to" to him this year, and it made me angry to think about it.

Now, the good news is that it comes from Nick Cafardo, and as we've documented here in the past, Cafardo can sometimes be a tiny bit off when it comes to trade rumors. He's essentially Boston's answer to Phil Rogers in that I'm never quite sure whether he's told these things, or if he's just making his fantasy trades and writing them down and presenting them as real things.

Cafardo writes that Avi and Detroit's J.D. Martinez are the "two names linked most often to the Cardinals." He also mentions that Howie Kendrick could be "in the mix" and that the Giants are interested in a right-handed outfielder. Why a team that's currently 18.5 games out of first and 17.5 out of a wild card spot would be looking to buy, I don't know. Nor do I care.

What I care about is the Cardinals being interested in Avisail Garcia, and whether or not the White Sox are entertaining the idea of trading him.

Obviously, I would have been more than all right with this the last few years. I never tried to make a secret of the fact I believed Avi wasn't a good player, and that he was never going to be no matter how many tools Hawk Harrelson ascribed to him. Sure, he had plenty of talent, but the results weren't there, and after 1,500 plate appearances hitters typically are who they are, no matter how young they might be.

Well, we all know how things have been with Avisail this year, and his trade value has obviously never been higher.

It's just I don't think the White Sox should want to trade him.

While there are a lot of veterans on this team that will serve no purpose to the team once it's ready to compete again, that's not the case with Avisail. He just celebrated his 26th birthday earlier this week, and he's not eligible for free agency until after the 2019 season.

The 2019 season is the season the Sox hope to be ready to compete in, and if Avi continues to play like he has been this season, well, he'd help make sure that happens.

If you're going to trade Avisail Garcia now, you better be getting one hell of a return for him, and while St. Louis may have interest, I just don't know what the Cardinals can give up for him. I don't think they'd want to abandon Alex Reyes even if he is missing the season with Tommy John. Without Reyes in the package, I have to believe the White Sox would be asking for Carson Kelly, Luke Weaver and more.

Would St. Louis be willing to give up that many of its prospects after losing a couple of draft picks this summer? I'm not sure.

Rick Hahn isn't doing his job if he isn't at least taking calls on Avisail Garcia at this point, but if he deals him for anything less than an overpay, I'll be pissed off about it.