It's Time To Bring Adam Engel Back 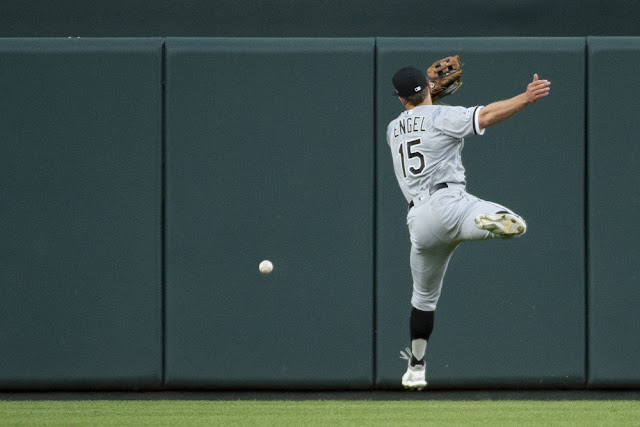 It's time to bring Adam Engel back.

I'm sorry to startle you with that right at the top, but I've always believed in ripping the band-aid right off. Sure, it's gonna hurt a little as you rip the hair from your body, but it's going to hurt whether you go quickly or not, so you might as well get it over with.

But it's time, and Tuesday night's game should have driven that point home. While we were all focusing on Eloy's injury and Dylan Cease's pitching, I was thinking about Adam Engel. As I watched Charlie Tilson run into Eloy (and after the game Tilson said he may have called for the ball too late), and then later take a horrible angle on a ball hit to center that soared over his head, I thought of Adam Engel. As I watched Ryan Cordell dive for a ball he had no chance of catching for like the fifth time this season, I thought of Adam Engel.

You know things are going incredibly poorly when we reach this point, but this White Sox team needs Adam Engel.

No, he's not going to hit, but guess what? Neither is Charlie Tilson or Ryan Cordell.

Neither Tilson nor Cordell has sample sizes the size of Engel's, but they haven't shown much reason to be optimistic.

At the end of the day, we're looking at three shitty options, but only one of those shitty options is good at something, and that makes me lean toward Adam Engel.

As for which one he should replace, I don't care. I think Cordell makes some sense as Tilson is a lefty, but I believe Cordell is a better defensive option.

Whatever the case, if we're power ranking these three, Engel should be at No. 1. Whoever No. 2 or No. 3 is doesn't much matter to me.

It's time to bring Adam Engel back.

It's also time for a refill on this drink.
Adam Engel Charlie Tilson Ryan Cordell